yn Dobson’s greatest merit is to have contributed to the popularity of the tenor sax and the flute in the British rock music scene.

Virtuoso player since the 60’s, he begins his career playing in popular formations like Manfred Mann and Small Faces. 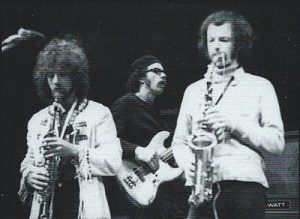 He has recorded only one solo album, Jam Sandwich (1974), from which he probably hasn’t earned huge royalties. Nevertheless, Jam Sandwich is a very interesting work, a tight collage of many splendid little gems, counting 7 tracks per side.

“This collection of self indulgent and subjective songs for paranoid schizophrenics and other loonies, is designed to freak those people who like to put music into neat little compartments. I’ve been lucky enough to work with Georgie Fame, Manfred Mann, Steve Marriott and the Soft Machine, which besides being a piece of blatant name dropping, has nothing to do with this album. Except that through such bands I have developed a taste for music spanning Balinese, Indian, African, Irish to blues, from a purely jazz beginning. All of which are somewhere in here. Or is it my imagination”.

In the 80’s, Dobson will abandon the active musical scene to work into theatre, dance, drama and multimedia productions. 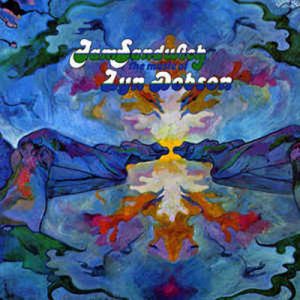 Later on, he will focus on investigating, creating and providing music therapy for disabled people. His “Sound and Colour Therapy” workshops will, among other things, experiment healing through harmonic overtones produced on the saxophone.

He may not be the largest, or the brightest, or the most famous star, but the real world is not populate exclusively by exceptional people and heroes, so take some time to (re)visit this very “normal” guy playing his eclectic styles and enjoy this little jewel so that it will not be forgotten.

There are three roads to ruin; women, gambling and technicians.
The most pleasant is with women, the quickest is with gambling, but the surest is with technicians.