lease make no abominable mistake by confusing this duo with the British, neurotic, ex-Soft Cells, falsetto-singer Marc Almond (Marc with a ‘C‘).

I will not tolerate such disrespectful behavior on these pages.

John Mark and Johnny Almond cannot be “accused” of making real progressive rock, or jazz-rock, or even easy-listening, but perhaps all of those altogether. 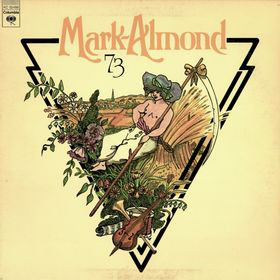 Or maybe, something completely different and so indefinable that no one has ever been able to put a label on it (thank all gods and minor deities).

On the other hand it doesn’t matter, since Jon Mark and John (Johnny) Almond excel in an area where any musical definition is actually failing to be descriptive and becomes just another restriction.

They are introspective and emotional musicians, and their music is as diverse as their emotional landscape. 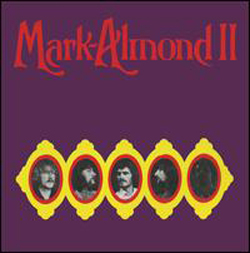 They both started as session-men as early as the late 60’s, playing with some of the most notorious names of the American and European music scene, like Jimi Hendrix, John Mayall, Jimmy Page and The Rolling Stones, just to mention a few.

How and why they started to play together is not known.

Perhaps it was a “match made in heaven”, being both predestined to meet and share each other’s musical visions, being those visions strengthened by their personal interaction.

No matter the how’s and why’s, the miracle happened and that should be enough for us. 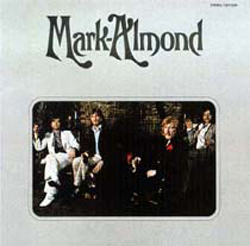 It is as if the two musicians are a complement of each other, John Mark being romantic, inclined to bitter-sweet love ballads, with a gentle voice never ascending above the volume of a full whisper, while Johnny Almond, though also a romantic to the bone, is more inclined to give his moods a jazzy sound with explosive, upbeat riffs, just to turn back, in just a couple of measures, to a sweet ballad theme and harmonics.

Their music moves its steps into a wide panorama of introspection and dream. Mark-Almond can be accused, if ever, of not being engaged or not making a music that reflects the social and cultural protest, characteristic of the 60’s and 70’s, but trying to escape exactly to the other pole of the musical spectrum. 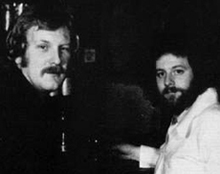 On the other hand, their musical universe is exactly the place they are longing to be, a place “…where the trade winds blow, and the sun is always shining”.

They live between a bitter-sweet feeling towards the big city (The City, New York state of mind) and a celebration of the solar California and Caribbean (Trade Winds, Sausalito Bay Suite), and in both settings, love is the moving force of the music, being it a love found or a love lost, it doesn’t matter.

Of all their production, we can safely say that their three albums Mark-Almond, Mark-Almond II and To the heart are the most representative and musically valid. 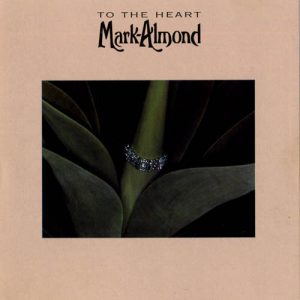 They reflect a sentimentality which in some moments is not very far from sentimentalism, but with an undeniable power of expression and a fascinating appeal to some deeply rooted jazz metrics, mixed together with a very balanced sense for Latin and Caribbean rhythms.

Don’t search in their music what’s not in there.

Enjoy the lines for what they are: imaginative, romantic, subdued and strongly suggestive.

All of the biggest technological inventions created by man – the airplane, the automobile, the computer – say little about his intelligence, but speak volumes about his laziness…