uite the classic triangular formation, in the wake of Cream and Jimi Hendrix Experience, but with an atypical composition verve and a genuine elegance of execution that will make them stand tall over the myriad of similar formations in search of fame and glory in the London scene of the early 70s.

They surfaced around 1969 in their more or less final formation with Tony Newman (drums. vibes), James Black (guitar, vocals) and Reid Hudson (bass, vocals) from the London college circuit, where they had become increasingly appreciated for their live performances and their original own compositions.

In 1970 Vertigo will produce their first studio album, the eponymous May Blitz where the trio  will write, arrange and produce their own tracks, as it was customary for this band. 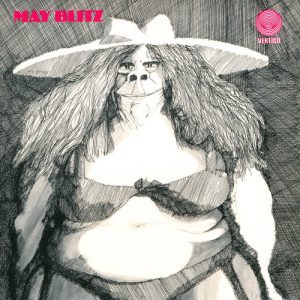 This album is fresh and contains some truly genial episodes, where the “power-trio” concept is sensibly chiseled to produce the best effect.

This first product earned them some popularity outside their usual live circuit, though the sales figures were not exaggeratedly high. On the other hand, it must be honestly said that this was almost invariably the case for all other bands that Verigo so courageously represented.

Nevertheless, they were granted a second shot and the next Second of May comes out in 1971. 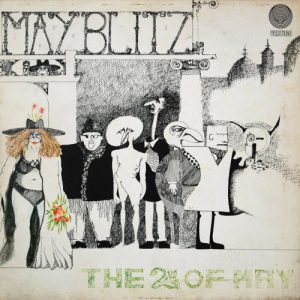 Also this second album is certainly enjoyable and the trio intensifies the musical tension in some of the tracks while it distends the atmospheres in others. There is not much experimentation in their music but that doesn’t mean that they are not a true little gem among so many other barely palatable rock formation of the period.

The sales of the second album are disappointing, though not really a surprise, and May Blitz disbands without too much noise, while their vinyl records became quite sought after collectors items, long before the next decade had come to an end.