he Italian prog music panorama is not one of the most prolific, or extensive, or even important ones, since a Country with such rich classical roots and musical traditions was probably unable to keep up the pace with the cultural revolutions taking place in other parts of Europe or the other side of the Ocean.

Nevertheless, perhaps just thanks to those deeply rooted classical traditions, Italy has developed some interesting indigenous forms of progressive music during the 60s, 70s and 80s.

Let’s for a moment forget about intricate discussions about how much the huge differences between the North and South parts of Italy and their economical and sociological implications have influenced the evolution of some of those interesting bands. Let’s just say that they did. Period. 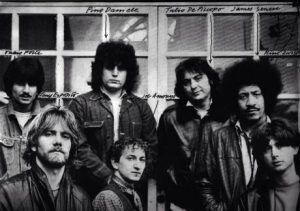 Take now Napoli Centrale. Their name refers to the generic name given to this beautiful city’s central railway, bus and metro station neighborhood, traditionally a hectic place (like almost all the rest of the city), and populated by all those different cultures coming by land or air (the airport is just a few minutes away from the station, if ever the streets were completely vacant) making it, like the harbor on the other side of the old city, a melting pot of races, cultures, traditions and whatnot.

This band and all its evolutions in time revolves around the “figlio della guerra” (literally: son of the war) Gaetano “James” Senese, son of an unknown African-American soldier.

James Senese is an excellent saxophonist of eclectic tastes, roaming from the purest Coltrane to the most extreme Miles Davis, landing on the more modern variants of the jazz-rock, like Joe Zawinul and Weather Report.

Like his wondrous city of birth, he absorbs everything he encounters, rock, jazz, folk and traditional music and produces an electrifying mixture that has deep roots in the popular conscience of his fellow citizens and his land, the struggle against the oppression and the tragedies that accompanied the industrial development of that part of Italy. 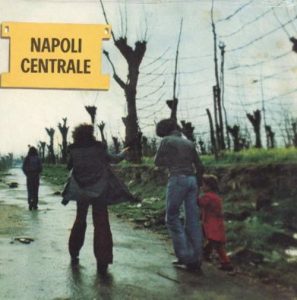 Napoli Centrale is officially born in 1975, though Senese had been playing since a long time in different bands, though never getting straight what he really wanted to play.

When asked: “James, are you happy?” he simply would answer: “No, ask this question again on the day that Miles Davis will be number one on the hit parade”.

This is in a nutshell, the force driving him and his fellow musicians to the explosive, sometimes even sensible and kind rock-jazz that Napoli Centrale embodies.

Without going through their extensive discography (on the way down after the 70s, to be entirely honest), just their initial three albums, produced between 1975 and 1977 are enough to illustrate this excellent product of the marriage between the Southern agricultural traditions and the revolutionary force of oppression; this unique mix of American Jazz and lyrics in Neapolitan dialect is a force of enlightenment in an otherwise dark and pessimistic social panorama.

Their first eponymous Napoli Centrale sees the light in 1975, with James Senese on tenor sax and vocals, Mark Harris on electric and acoustic piano, Tony Walmsley on bass and Franco Del Prete on drums and percussions. 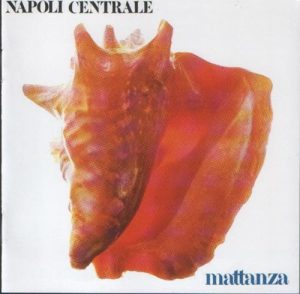 The album contains what will be some of their most famous and known (not only in the South) tracks, like Campagna (Countryside), Vecchie, Mugliere, Muorte e Criaturi (Old ladies, Wives, Deadmen and Little children) with strong lyrics and syncopated rhythms. The atmospheres describe the degraded conditions and poverty of the province and countryside, the emigration, the exploitation of the weakest members of society.

Their next Mattanza (Slaughter), recorded in 1976, makes enough ripples to grant the band an invitation to the Montreux Jazz Festival. Once again the tracks are full of rage against exploitation, the misery of the city, but also the pride and force that hide in there.

Tracks like Sangue misto (Mixed blood) and Simme iute e simme venute (We went and came back) are important milestones in the birth of a popular conscience that was beginning to evolve in those years, accompanied by a rising sense of pride of being Neapolitan, moving beyond its most ordinary archetypes of pizza, pasta and ‘O sole mio…

In 1977 they will produce what will be the last album of their golden period: Qualcosa ca nu’ mmore (Something that never dies). 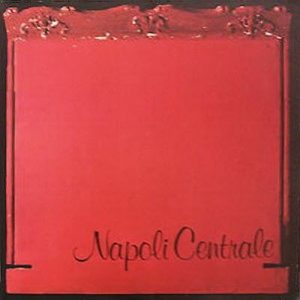 The album is more experimental, with more obscure references both musical as well as social. It shows perhaps the beginning of the fissures that will soon after become wide divergences and will mark the end of Napoli Centrale as such.

James Senese will start a solo career and continue that of successful session man and only in the 90s the name Napoli Centrale will come back, though he will be the only original member.

They still play more than good rock-jazz, but a kind of maturity has smoothed the edges of the initial years and you can tell that the social and political struggle has come to a complacent rest…

Just keep their 70s album in mind to enjoy and value this eclectic phenomenon in the Italian muscal scene.