hey are a sort of late spin-off of Man, but then different…

Even though Will Youatt and Phil Ryan – both from the original Man formation – are there to inject the typical “Man sound”, The Neutrons can be considered as a complete different “product”.

In their two albums, the formation sees different settings on different tracks.

The only constants will be Will Youatt (bass, electric guitar, acoustic guitar, vocals) and Phil Ryan (piano, organ, electric piano, synthesizers, vocals) appearing on all tracks, remaining motor and solid base of the entire formation. 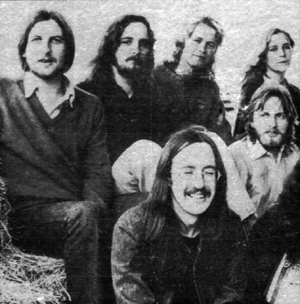 Black Hole Star is their first product, recorded between 1973 and 1974.

The music is vital, the impressions are vivid and the rhythms are compact.

It’s just natural to hear the sounds we are so accustomed to from Man, without falling into any ‘copy-cat’ feeling.

The fact that Youatt and Ryan put their brand on the musical product in general is just a logical consequence of their musical roots.

The Neutron’s music is original and has the power to sustain itself without comparing or measuring it to another group’s music.

After all, they are a product of the Canterbury Sound.

The freshness of Neutron’s ideas is enhanced – or perhaps refined – by the introduction of the gentle voice of Caromay Dixon. 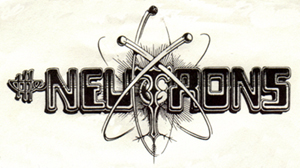 Youatt and Ryan, on their part, develop with the Neutrons a more fluid musical phrasing and while Man is more hard and reiterative, Neutrons develops a more kaleidoscopic rhythmical sense and harmony.

Also the use of synthesizers is more accentuated and results in some echoes to Hawkwind (the good part of their production, that is) without falling into the spectacular effects at all costs.

Their second album, Tales from the Blue Cocoons, is a bit more “commercial”, if this adjective can ever be applied to the Canterbury Sound. Perhaps we could better use the term “consumable”.

The sound is more studied and leaves less space to improvisation.

The influence by Hawkwind is less evident, but the product is still very enjoyable indeed.

Here and there we can notice some “indecision”, as if the players did not exactly know how to further build up the track and chose for a more obvious conclusion, but this doesn’t diminish the pleasure that can still be given by their music.

It’s perhaps the lack of innovation or evolution within that context that will not grant the production of a third album.

On the other hand, it’s better to have just two more than decent (and to be honest in some points really genial) albums than obstinately go further and produce less and less valid recordings.

Neutrons is a short tale, but with an happy ending anyway…