hat does a so-called jazz formation on the pages dedicated to (Progressive) Rock?

Well, Oregon is jazz, but also much more…

They are precursors of what would be known as “world-jazz” and they deserve to be here as much as Penguin Café orchestra does. As a matter of fact, Oregon’s rock matrix is stronger than the one seeping though the Penguin Café Orchestra’s compositions.

Moreover, Oregon is probably the only band that I would mention when handling “Indian contamination” (something which I normally abhor) without being discourteous or straightforward insulting, because the use of classical Indian instruments and rhythms is perfectly amalgamated into the Western matrix of the jazz improvisation in which its members excel.

My automatic dislike of any “Indian Contamination” (with or without the capitalization) concocted by Western musicians is tempered  – at least in Oregon’s production during the 70’s – by the undeniable beautiful and aesthetically balanced equilibrium between the two – quite opposite – musical traditions.

Their first album was created in 1970 but actually only published 10 years later, under the name Our first record. 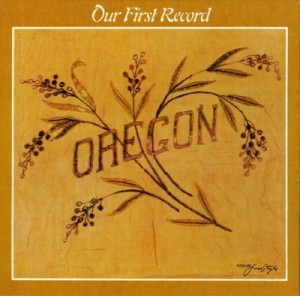 The second effort, Music of another present Era, was a bit more indicative than the first one, but it still sounds a bit hesitant, as if the quartet has not yet decided which direction to take.

The tracks swing from East to West, to Jazz and back but they don’t succeed in conveying a sense of unity. It’s a beautiful collage of tracks and atmospheres, but the total picture does not convince, though it surely can make the attentive listener come back for more, or at least intrigues where it fails to captivate. 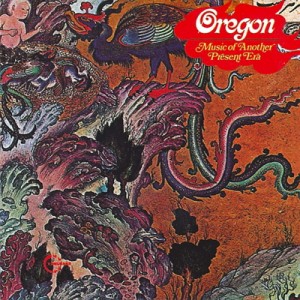 The formation’s true breakthrough will come with the next Distant Hills, in 1973.

Here the music is much more linear in its mix between East and West while the compositions become more complex and at the same time more palatable to western tastes and in a way much more elegant than the two previous albums.

The opening track, Aurora, will be probably Oregon’s best known track with the general public and it is indeed an elegant and joyous piece of radiant atmospheres, though it is as complex as a full Coltrane’s suite.

It is thus not strange that Aurora is considered a kind of manifesto of the excellent heights that fusion-jazz will ever be able to reach without falling into the obvious.

Other wonderful tracks on the album are the eponymous Distant Hills and Song for a Friend, introspect but solar and as complex as only top jazz musicians can make them. 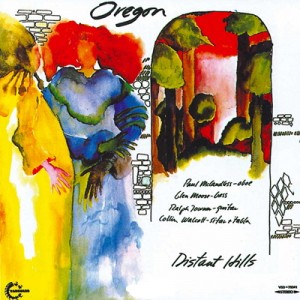 In 1974, one more studio album by Oregon will be produced and distributed: Winter Light, which will sign the passage of Oregon to maturity and will provide the formation with a more conspicuous success.

While the album is blessed with the precision of execution and clarity of twentieth-century chamber music, it is also permeated by a flair that belongs to the best white jazz innovation and traditions.

Tide Pool is the perfect opening track, with Collin Walcott setting the pace, while Towner soon explodes with his wonderful style and geometrical sense of rhythm and sound, folding phrase after phrase into a magnificent work of art.

Witchi-Tai-To is the place where the quartet really shines. The sense of winter as a promise of a new spring can be felt through each instrument, while the composition remains contained and complex, without unnecessary virtuosity. 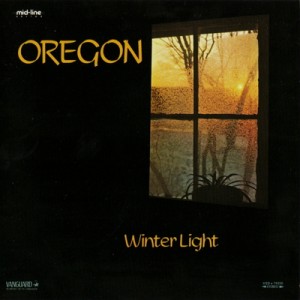 Ghost Beads and Rainmaker are there to amaze and to soothe at the same time. The energetic rhythms, the pauses and syncopations of both tracks are a delicious counterpoint to the more experimental improvisations throughout the album.

Many more albums will follow, but Oregon will have a moment of crisis in 1984, when Collin Walcott will die in a car accident and it will be only in 1987 that they will eventually come back with a new drummer/percussionist (Trilok Gurtu), though their music will be more and more classic jazz-oriented than before.

Oregon’s memory will be indelibly tied to the “progressive” scene of the 70’s and nothing should stand in the way of mentioning them in one breath with Mahavishnu Orchestra (and their Shakti derivative), or even Third Ear Band.