he casual observer of rock history may associate the loud, anarchic musical protest of the 80’s with the punk movement, with the Sex Pistols in the role of its godfathers.

Nothing is less true.

We can go back as far as the late 60’s and find out that whatever attitude the punks had, Pink Fairies had it years before.

Their loud, political and social protest made up for the sometimes less pronounced musical virtuosity and became a flag held high by Britain’s anarchist and suburban musical scene. 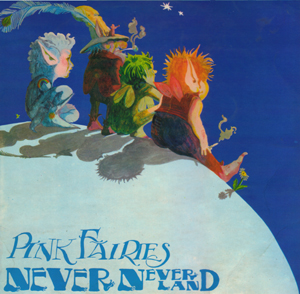 This scene unfolds in Notting Hill and Portobello.

The Incredible String Band begins by playing in the open spaces and green lawns of the area, while Skin Alley moves their performances to the courtyards.

Pink Fairies will move the center of the scene to a shaggy barrack/theatre under the A4 Westway flyover, that will be known under the posh name of Westway Theatre.

This will be the home base of many free weekend concerts that will see Pink Fairies, Hawkwind and many others throwing good vibes all over the place. 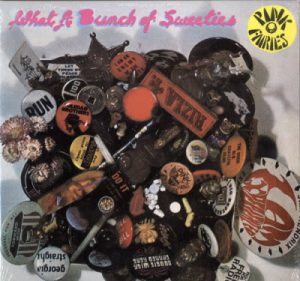 Those happenings in the summer of ’71 were a delight to the local “freaks” and an annoyance for “the rest”, often being interrupted by the arrive of the police, summoned by some local inhabitant who “…could not hear his own telly”.

Pictures of one of such police visits will partly adorn the sleeve cover of Hawkwind’s In Search of Space.

The Pink Fairies brightened up the “Glastonbury Fayre Festival” where they made themselves known to all festival goers by awakening them from their “herbal slumbers” with the sound of the “Pink Fairies Marching Drum Band” parading around the festival site.

Their first Never Neverland features 10 tracks that will take the listener from the volcanic Do It, where the acoustic guitar of the first moments will explode in the battle cry “Do It !”, to the smooth and sexy, almost hypnotic, Wargirl or to the warning in Uncle Harry’s last freak-out: “Long Live Rock’n’Roll!”.

Their tour to promote and celebrate this album is enlivened by Twink’s self-imposed task to spray-paint the words “Pink Fairies Fly” everywhere he went – in pink paint, naturally. 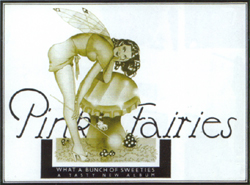 Twink leaves the Fairies after this tour, but the trio Rudolph/Sanderson/Hunter will go on.

The virtuosity increases. It’s time for What a bunch of sweeties: absolutely marvelous! 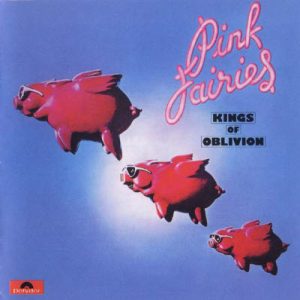 Their next granitic product, Kings of Oblivion brings them to the attention of a broader audience and introduces them to commercial success, but Pink Fairies still prefers to play at the Westway Theatre or at anonymous shacks where the audience – mostly “freaks” and workers – still has a true contact with the musicians.

The Fairies will refuse any form of success to pursue their own musical ideals.

Pink Fairies will unbound in 1974.

Their legend deserves to lives on forever.

Without music, life is a journey through a desert.