ink Floyd begins and ends with the man Syd Barrett, even if he in reality was there only for a brief moment.

So Pink Floyd came to light in Cambridge, around 1965, with the volcanic Syd Barrett on guitar, Richard Wright on keyboards, Roger Waters on bass and Nick Mason on drums. 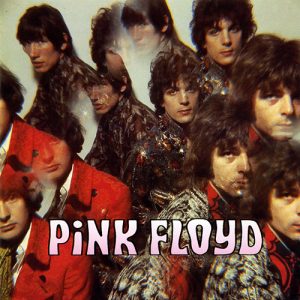 Syd Barrett is not only the creative force, but also the source of the name, whose origin has busied quite a few restrictive analytical minds of the period. Many (the most, I think) thought about Pink Floyd as a thing, some candy-coloured stuff or maybe some cryptic reference to a more or less known acid or psychedelic slang.

The truth is actually, as it often happens, much simpler. Syd wanted to play blues, or maybe to play something that was going to transcend it completely, and therefore he decided to christen his band using the names of two bluesmen, Pink Anderson and Floyd Council, whose names he had noticed featuring on the cover of one of his favourite records. 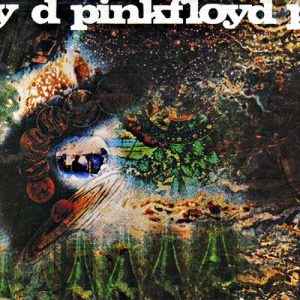 The materials of the first steps are rather scarce. However, it is only when the London of the underground and psychedelic circuits comes alive, that Pink Floyd really starts to emerge. It’s a time of musical liberation and evolution, counter-culture, fusion, protest, drug experimentation and consciousness widening, and Syd is there to absorb it all. He wants so bad to penetrate the secret of the universe that he gets lost into it. He balances on the razor-sharp edge between sanity and madness, his energy seems to be inexhaustible and still it gets him closer and closer to the asylum. 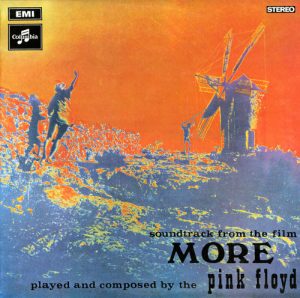 It’s 1967, the UFO club has just closed its doors and Pink Floyd records The piper at the gates of dawn, with the for the time interminable Interstellar Overdrive. Track titles and music are from outer space and already the naive term “space-music” is ventilated to describe it.

During their first US tour, Syd will freeze on stage, incapable of playing a single note, eyes fixed into nothingness, already gone one acid trip too far.

Though he leaves the group, perhaps to “return later on”, Pink Floyd remains Barrett’s group and both will be forever tied together even in absentia. 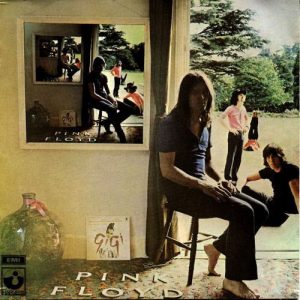 The vacant guitar place is being almost immediately fulfilled by David Gilmour and the new A saucerful of secrets is born, with tracks still featuring Syd and others featuring Gilmour. The title track will be one of their favourite concert pieces and will be extended and stretched up to one hour.

Pink Floyd music becomes more and more pictorial and this drive to visualize the enlarged sonority of the pieces, will bring the band to move to the experimentation with soundtracks, first with More, and then providing some of the soundtrack for Michelangelo Antonioni’s Zabriskie Point. 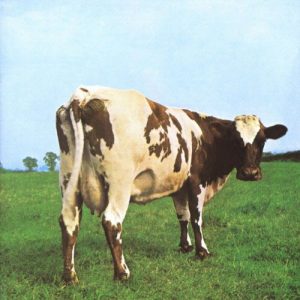 Then Ummagumma (1969) comes out; a double album with one live and one studio records. Pink Floyd is already a legend and this will be probably one of their most famous albums, certainly one of the most loved by the public. The atmospheres are expanded and the music roams into all possible directions, the colours are vivid and caleidoscopic, the expanded tracks seem to vibrate in unison with one or other external force. The tensions is tangible and Syd Barrett’s presence can be felt throughout both records.

However, while for Barrett the focal point was the night, Pink Floyd starts to move towards the daylight and this change opens the way to the next Atom Heart Mother, three words that encompass the universe: Atom, microscopic and still container of all the secrets of the universe; Heart, life itself, pulsing force; Mother, giver of life begin and end of procreation. 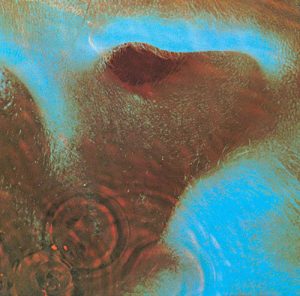 The choral parts and the orchestra pieces rise some critics, but the execution is impeccable and it just makes sense with the totality of the product. after several famous concerts, the following Meddle seems to form a logical consequence and expansion of Pink Floyd’s music (if you can expand at all something already so wide as that) into different directions. Outer space is forgotten for a moment and it’s interesting to find so many different songs collected into one single album, but still it is a very valid album. 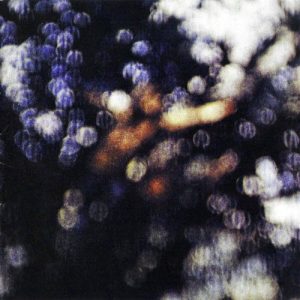 Obscured by clouds is the next product. A soundtrack once again. The album will make them even more famous but, personally, the product does not convince. Some decadence is already audible and though the band tries to inject some fuel from the old Syd Barrett into the melodies, it makes perhaps a good soundtrack, but it lacks the strength of the previous albums. 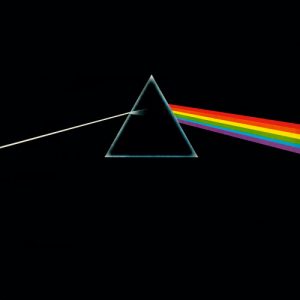 Maybe that is the reason why the band goes back to some old materials they had never published and started to elaborate them, polishing them and expanding the bars to the limit. From this effort The dark side of the moon is born and though meant as a kind of hommage to Syd and exploration of mental discomfort and illness, the tracks lack the musical impact and geniality of the band’s first works.

Nevertheless, how can we forget the shivers down the spine caused by the wonderful vocal acrobatics of Clare Torry in The great gig in the sky and the overdubbed words by Syd: “I’m not afraid of dying, any day will do”? 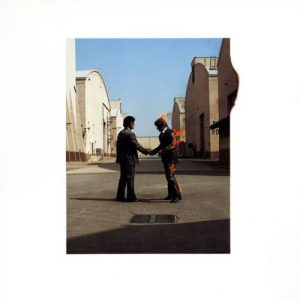 Despite the low level of creative impulse, the album is immediately very successful and its music will be used for years and years to come for the most different scopes and occasions and will remain one of the best selling albums of all times.

From there it’s actually a downhill course. The more Pink Floyd’s fame increases, the more their tracks are full of emptiness. Wish you were here, one more hommage and reference to the forever-present Syd Barrett is so conventional that one may think it’s all a scam, almost naive in its construction. 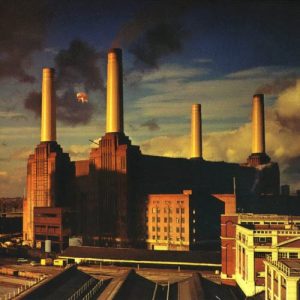 Times are changing and Pink Floyd is eager to change with them. The approaching of the 80’s and the growing interest for George Orwell, his themes and all the other prophecies of doom, will be reflected by the band’s following Animals, a concept album and social critic of life conditions in the UK at the end of the 70’s. 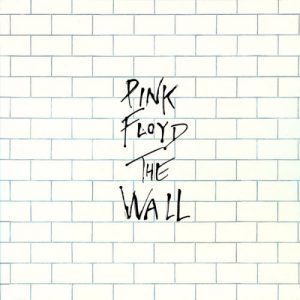 While commendable in the intent, musically speaking the album does not amount to much and does not add much to any innovative counter-current trying to revert the propagating nihilism professed by the punk movement and the first sparks of what will become better known as the New-Wave. 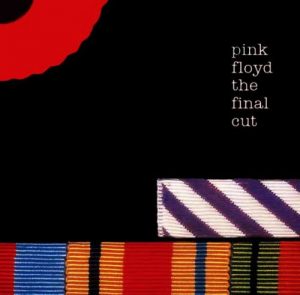 One more twitch from an already dying organism comes with the following The Wall, one more concept album, this time about isolation, abandon and estrangement. Despite the tour with spectacular theatrical effects, the music does not convince and the product is very thin.

Their last concept album will be The final cut, about war and the betrayal of soldiers sacrificing their lives for the ideal of a better world after the fight. 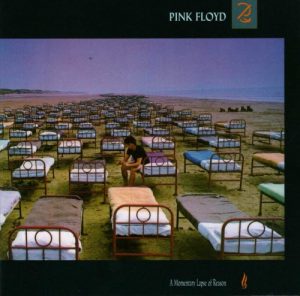 Once again, despite the commendable topic, the music is unconvincing. The whole project resembles more a solo album by Roger Waters, than a group effort.

The spiral has reached its collapsing point, the serpent biting its own tail has finally devoured itself. 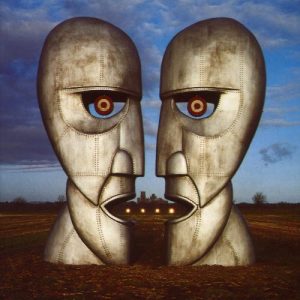 Just for completeness, three more albums should be mentioned: A momentary lapse of reason (1987), The division bell (1994) and
The endless river (2014), though I cannot think of anything to say, positive or negative about those. Really, music history will not be changed or even slightly touched by any of them. 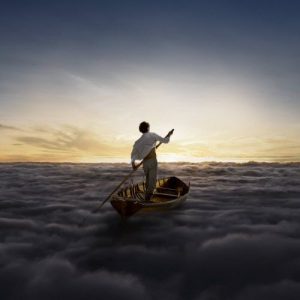 Like so many other bands born at the end of the 60’s, we should pitifully ignore their late production. In the case of Pink Floyd, we should remember them up until The Dark Side if the Moon. All the rest is just something happened under their name, but not really them. Nothing more, nothing less.

Too many pieces of music finish too long after the end.