ne of the most valid and stimulating groups of the Neue Musik made in Germany.

His search starts in the Tibetan Book of the Dead and tries to combine Eastern philosophy and Mantra’s with western music and a way of living that seems like a contradiction in the Germany of rationality.

However, the first Affestunde is elaborated and still very linear.

The whole record is a way to convey to the public the musicians’ life philosophy and spirituality. 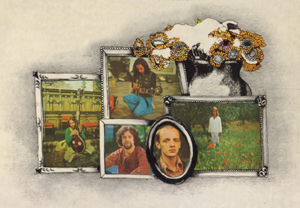 Their next product, In Der Garten Pharaos, is more immediate and we see electronics more closely mingled with the acoustic and stepping into the foreground.

In the next Hosianna Mantra, Fricke leaves most of the electronic keyboards aside to concentrate on the acoustic piano, while phrases sung by the soprano Djong Yun harmonize perfectly with the whole construction of the album. 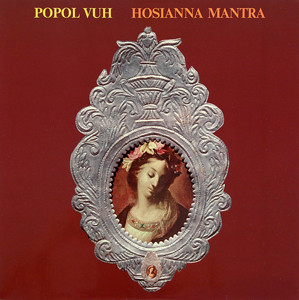 Religiosity – which must not be confused with religion – remains Popol Vuh’s primary driving force.

This time they record the most interesting and delicate Seligpreisung.

Here we can see a superlative interlacing of eastern influences and western musicality.

I’m generally very suspicious of any “mix” between East and West, especially in Music-land, because of the unfortunate tendency of most performers to “grab” elements here and there and put them together without really exploring the “spiritual” meaning of both cultures, which are, almost per definition, incompatible (they are not, actually, but the discussion would take pages and pages and will be dealing more about philosophy than music, so I’ll leave this statement for what it is).

While the general influence is the Bible – all texts are arranged from the original Gospel of Matthew – Popol Vuh succeeds to link this typical “western” religiosity to its true Middle-Eastern origins (surpassing the chauvinistic idea that Christianity is a western phenomenon). 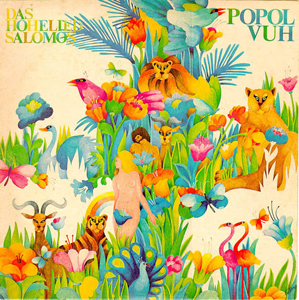 The music is an extremely delicate and calibrated mix of East and West where – in many places – we can hear influences from the most arduous and evolved West Coast, especially in the stupendous phrases that Veit’s guitar interlaces with Fricke’s piano. 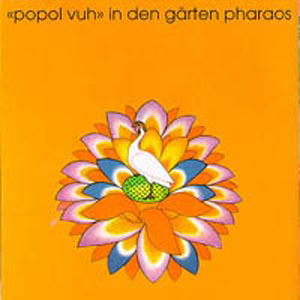 This music is experimental, not immediately understandable or easily consumed, but it is maybe one of the most interesting phenomenon’s of the Continental musical scene and a perfect example of the search of a new spirituality by a generation in turmoil.

It’s a real pity that Popol Vuh will be “re-valued” – and finally spoiled and exploited – by those fake New-Age guru’s, who think that they can live in the West according to the rules of the East and will mess up thousands of minds in that assumption.