ersonally, I’m probably not their most fervent fan, but not mentioning them would only testify undeserved indifference for a great band.

They belong to the part of the American West-Coast music that would host more famous names like Jefferson Airplane and Grateful Dead and still, they will be also different from them all.

Their music is generally described as West-Coast Psychedelic Rock, though their origins must be searched in the classic and jazz traditions, more than pure rock. 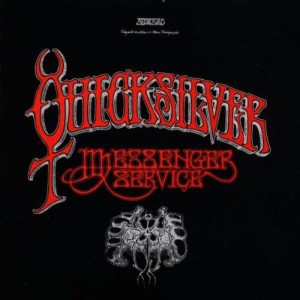 Like all legends, the real origins are quite uncertain. Some say it was Dino Valenti who started it all (just before being busted for possession of marijuana), some others say that it was John Cipollina who founded Quicksilver (or QMS, like they will become known later on), and we could probably find even more versions of the early story of QMS.

The only sure thing is that during the first tours (before the production of their first official album) the line-up was: Gary Duncan (guitar, vocals), John Cipollina (guitar), Jim Murray (guitar, vocals), David Freiberg (bass, vocals) and Greg Elmore (drums). 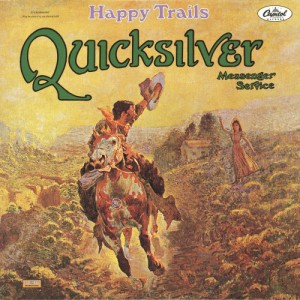 As for the rather unusual name, we may accept the version offered by Cipollina himself:

“Jim Murray and David Freiberg came up with the name. Me and Freiberg were born on the same day, and Gary and Greg were born on the same day, we were all Virgos and Murray was a Gemini. And Virgos and Geminis are all ruled by the planet Mercury. Another name for Mercury is Quicksilver. And then, Mercury/Quicksilver is the messenger of the Gods, and Virgo is the servant, so Freiberg says ‘Oh, Quicksilver Messenger Service’.”

Nice anecdote from pot-head land, but keeping in mind the period, it all sounds quite credible.

Fact is that Quicksilver Messenger Service was born in 1965 and whether it was called like that immediately or later on, doesn’t really matter…

Like for many groups at that time and place, they had their first big gig at the Monterey Festival, in June 1967. With that, QMS acquired popularity and started an intensive program of touring, mostly on the West-Coast. 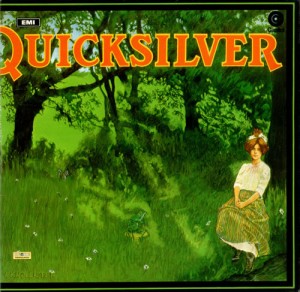 Jim Murray left QMS and the quintet became a quartet, while in 1968 they produced their first, eponymous, Quicksilver Messenger Service album for the Capitol label, soon followed in 1969 by Happy Trails.

These two albums have been taken as example of their whole production and celebrated as the two examples of the San Francisco Bay Area sound at its purest.

Though I’m not a fan of the genre, I tend to agree with the above statement, especially when we listen to the amazing extended arrangements and appreciate the fluidity of Cipollina’s and Duncan’s twin-guitar improvisations. 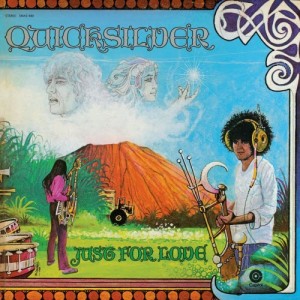 It’s quite difficult to remain indifferent to Cipollina’s melodic but strong and personal style or Duncan’s jazzy scales and metrics. Not for nothing, Cipollina will shine again years later as guest in Man’s Maximum Darkness.

Timeless tracks like the now in suite form, re-written Who do you love?, or Mona will remain etched in the ears and hearts of many people of the 60’s generation as the soundtrack of their young and best years.

Once again, the lineup changes: Gary Duncan leaves QMS, probably because of his increasing problems with methamphetamine and such. This will disturb the delicate equilibrium of the twin-guitars enchanted interactions within QMS. 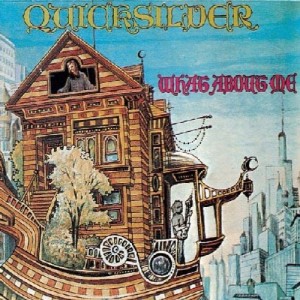 The band’s next Shady Grove will see Nicky Hopkins join the line-up on keyboards. This will obviously reflect in the band’s sonority, acquiring a more “traditional” guitar-bass-keyboards-drums setting. Also the fact that Hopkins is British instead of American will add to a change in overall sound, though he will prove to be a piano boogie virtuoso, which in a way will reinforce the band’s already solid rhythmic session.

Soon after that, Dino Valenti will join (officially) QMS and the next two albums, Just for Love and What About Me?, will in a way change the band’s musical direction, as if it had to become a kind of “supporting act” for the singer. Not all fans will appreciate this and QMS will lose quite some of its followers.

Good news is that Duncan is back to record both albums and the magic of the twin-guitars seems to revive. 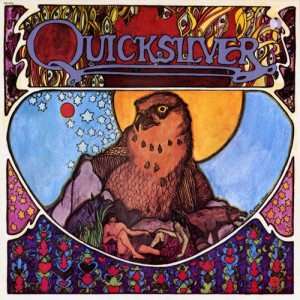 But all this was not going to last for long. At the end of a series of concerts, the band falls apart, with John Cipollina, David Freiberg, and Nicky Hopkins leaving to pursue solo careers or session-man ones.

The end of QMS seemed to be certain, but Gary Duncan decided to go on and collected people around him to keep the name of QMS alive (though not very kicking) with continuous changes in lineups people joining, leaving, coming back and the usual chaos of great bands who lost their vision. 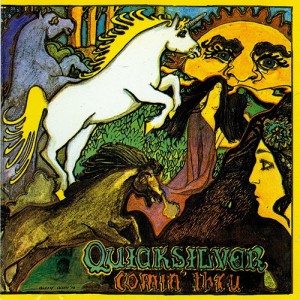 During this period, Quicksilver (1971) and Comin’ Thru (1972) will be recorded, but the spirit is lost, the rhythms and phrases reek of memorized movements and the freshness will finally evaporate.

Soon after these albums, QMS will disband for the last time.

However, Greg Elmore, Gary Duncan, Dave Freiberg, John Cipollina, and Dino Valenti reunited in 1975 to record a new album, Solid Silver, which will see a couple of cameo appearances by Nicky Hopkins and several contributions from some famous names of the San Francisco area scene, including Pete Sears, who was at the time the new star in Jefferson Starship. 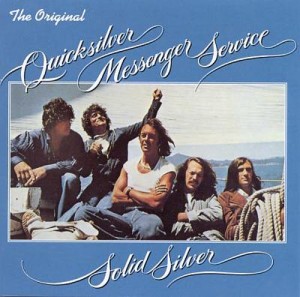 After this, some more reunions, concerts, more reunions… but it all sounds like people just desperately trying to remain famous or to catch that spirit that was already lost so many years ago.

We should remember QMS for their 60’s production. End of story.

Only then we might have said: the story was short but beautiful…