obert (Bob) Calvert, deranged and flipped but genial writer, poet and musician of psychedelia and the 70’s will be mainly remembered for his association with Hawkwind.

His acquaintance with the underground movement began just after his leave from college in Canterbury (not a coincidence, perhaps…), when he started to earn some money by writing poetry and playing in theaters during the 60s. He soon became a leading figure in the psychedelic and underground (literary) movements, writing for several magazines and becoming lifelong friend of Michael Moorcock, the acclaimed SciFi writer, whose transcendental epic tales will inspire most of Hawkwind’s early productions. 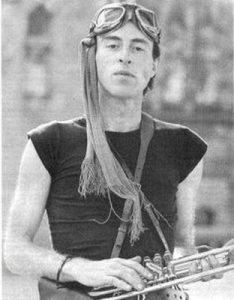 It’s around that time that he will meet Dave Brock and become the de facto lyricist, frontman and resident poet of Hawkwind itself, between 1972 and 1979.

Suffering from bipolar disorder, Calvert’s relationship with his fellow Hawkwind members caused lots of issues and therefore he will be constantly in-and-out of the band.

During one of these absences, he will still be able to exercise his explosive creative genius and in 1974 he will bring out his first solo project: Captain Lockheed and the Starfighters, a complex mix of music, poetry around the Lockheed bribery scandals.

The album alternates music tracks with spoken satirical poems. Though not an exceptional album (musically speaking), this can be considered one of the few early examples of concept album, featuring a lot of known people, playing or reciting on its tracks. 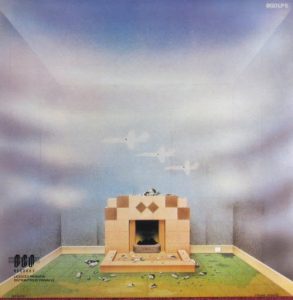 Probably impressed by this first production, Brian Eno will produce also Calvert’s following album, Lucky Leif and the Longships (1975), another concept album and the history of the Vikings, who had reached the American Continent even before Columbus had “discovered” it. 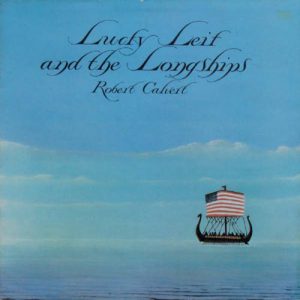 Once again, we should not be listening to this album like we would do with any other musical production, but we should try to keep in mind Calvert’s eclectic genius at work between music, poetry and theater.

Unfortunately, Bob Calvert’s magical, controversial and exceptionally eclectic career will be cut short by a heart attack that will kill him in 1988.

It has become appallingly obvious that our technology has exceeded our humanity.