alking about Robert Wyatt as a separate phenomenon or Artist is almost impossible.

His name can – and must be – mentioned in one breath at least with those of The Wilde Flowers (surprise, surprise…) and Soft Machine.

Nevertheless, this would be a restriction, because Robert Wyatt is wider, deeper and more than the sum of the single bands he has ever played with.

He is also a genial soloist and still – to completely appreciate him – we can better follow his work under the flags of many other musical giants – and dwarfs – of the Canterbury Music.

After a couple of albums with Soft Machine, his first solo product – The end of an ear – was published as a kind of “promotional” album, as if the record company was not even sure that Wyatt would be able to produce a viable and valuable product. 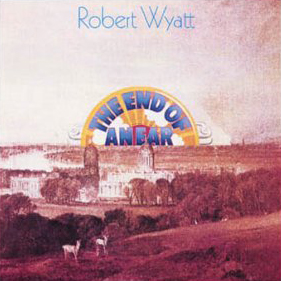 Nevertheless, we can already hear the “genius at work”.

The album has remained unacknowledged for years, while today some “reviewers” spend pages and pages on it, making it rise to some 3-figures US-dollar prices on auction sites (or to the equivalent of 15 British Pounds if you bought the original edition in a second-hand records shop on Malta, like yours truly).

His music has no restrictions, no roles, no rules.

His incredible vocal agility follows the same rules: there are no rules.

Las Vegas Tango and To Nick Everyone are just two examples of this vast free creativity. To Carla, Marsha, Caroline (for making everything beautifuller) is like an echo and chant to sweet early loves.

This album is not easy to listen to; the dissonances are sometimes tearing and the experimental force is pushed to the very edges of comprehension.

Nevertheless, Wyatt’s geniality is such that you still come back for more.

The band’s name is a nice pun about the French translation of Robert Wyatt’s previous band – Soft Machine, in French: “Machine Molle”. 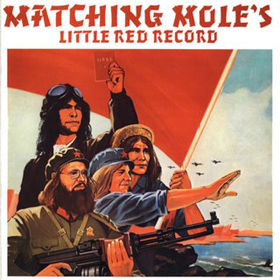 Under their name, a song written by Wyatt when he was fourteen years old – Oh Caroline – will finally see the light on vinyl and it will still be remembered for years to come (at least by those who care to remember…).

The mellotron and other “Canterbury delicacies” will produce the sounds typical of this formation.

They start several concerts all over the UK, but one will be remembered forever: King’s Cross Cinema in London, where the songs are played as suites, sometimes expanded to 50 minutes each and the musical semi-anarchy is reflected by their lyrics, like the ones of Signed Curtain:

“This is the first verse…
This is the second verse, or perhaps it’s a bridge,
or just another part of the song that I’m singing…”.

At a first glance, the music is quite heterogeneous and seems to lack unity, but the product is genial in its totality. 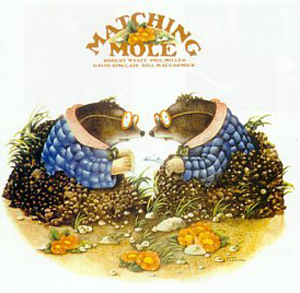 We can already notice the evolution of the Canterbury Sound in what will be canonized in the music of Hatfield & The North (with whom Wyatt will collaborate, later on) and National Health.

The wink to communist China and the general graphics appearance, mix perfectly with experimental music, jazz and the basic rock matrix.

If on one hand the music seems to be missing some compactness or unity, on the other hand it refuses to hide in a shadowed corner to be merely self-contemplative.

This music takes risks and refuses to fall into memorized phrases and silly songs repeated all over again.

The original formation sees just minor adjustments: Dave McRae will replace David Sinclair on the keyboards and will be the “jazzy” force of the group, Wyatt (drums and “mouth”), Bill MacCormick (bass) and Phil Miller (guitars) are the basic nucleus, with some exceptional guests, like no one less than Brian Eno (synthesizers on Flora Fidgit and Gloria Gloom).

The record is produced – with more or less surfacing musical influences here and there – by His Guitarship Robert Fripp.

Soon after this remarkable episode, McRae leaves, to play with Nucleus – one of the few really noticeable bands playing white jazz-rock at high levels – while Phil Miller will join Hatfield & The North, leaving Wyatt a bit disoriented.

In this period, Wyatt will make some of his less interesting music.

He seems to be in search of a new musical identity, but the quest in not easy and many mediocre things, soon to be forgotten, will be there to mark it.

Just when some critics proclaim him “one of the most brilliant European drummers”, the tragedy strikes: a terrible accident will relegate Wyatt on a wheelchair, paralyzed from the waist down. 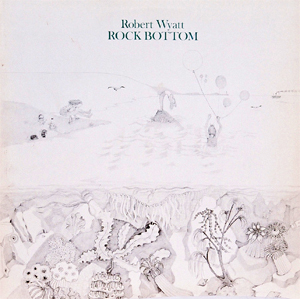 This could have been the end of his musical career, and it almost was.

Economical difficulties and a long, painful rehabilitation, united to the obvious shock of ending up crippled for life, could have destroyed him.

Soft Machine and Pink Floyd will hold a concert together – an astounding success – and will donate the cash to Wyatt, to help him overcome this period.

This sign of respect and appreciation, together with the care and love of all his friends – who will never desert him – will give Robert a reason to continue exploring his vocal possibilities.

He will also unfold as a talented multi-instrumentalist and polish his already noticeable skills in that field.

He was already proficient on the trumpet and keyboards, not being a virtuoso, but an intense explorer of those instruments.

He appears with Hatfield & The North on the wonderful vocal parts of Calyx and during their live concerts in his wheelchair; pale, with short hair and a sad expression, but with an enormous dose of strength and desire to go on.

This is not the end, not at all. It’s just the beginning.

Virgin Records welcomes Robert and gives him a contract, which actually marks the beginning of his “solo” career.

Wyatt builds himself a whole set of percussions, bells, chimes, conga’s, adapted drums and discovers the secrets of the keyboards.

On this record, again, Robert is surrounded by friends, old and new, to accompany him: Hugh Hopper, Richard Sinclair, Mike Oldfield, Gary Windo, Laurie Allan, Mongezi Feza, Fred Frith and Ivor Cutler – both to be found in the other exceptional Canterbury formation Henry Cow – and, last but not least, Alfreda Benge – his wife and great love – also responsible for the delicate black-and-white front cover. 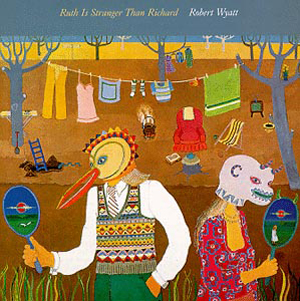 In Rock Bottom, Wyatt’s genius explodes in a music full of lyricism, love, tenderness and hope.

Something that warps the mind beyond the tortured and unresponsive physical body.

The histrionic makes place for wisdom and life experience.

This has been celebrated as the best record of that year and I daresay it’s still one of the most remarkable musical treasures of a whole musical era.

Sea Song is simply sweet, Little Red Riding Hood hits the road is hypnotic, with the crazed trumpet of Mongezi Feza and the tearing voice of Wyatt, able to convey a power beyond imagination. And then Alifib and Alife, where the whole basis is solidly laid by the human breathing – quite possibly, Alfreda’s own breathing – with Hugh Hopper’s bass embroidering on it, ending up in a strange childish rhyme made of unintelligible words:

Next episode is Ruth is stranger than Richard, where Wyatt – suffering a period of depression – still succeeds to convey with his voice and arrangements an incredible mix of gentleness, desperation and strength. 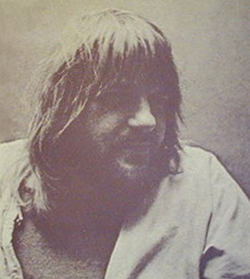 Soup Song reminds us of the mealy silly songs with Daevid Allen and Kevin Ayers, but now with a volcanic Khan on tenor saxophone.

On this record, the brasses acquire a central place in Wyatt’s music and fueled by the presence of superlative musicians like Windo, Khan and Feza, the results are just spectacular.

On this precious LP (same as ever: I own the very original vinyl LP, which will be one day gray by wear and tear, instead of black…) Wyatt shines again in some of his most delicate, intense and sweetest vocal performances: Muddy Mouse/Muddy Mouth, repeated and reprised during the whole B-side in several variations – of which none is actually a repetition – leaving the notes echoing in our very hearts long after the song ends.

After Ruth is stranger than Richard, Wyatt’s music will be sparingly made and heard, but in later years he will see a “revival” and will reach a maturity and complexity that will confirm him as a true exceptional phenomenon of the modern musical scene of almost 50 years.

We’ve arranged a civilization in which most crucial elements profoundly depend on science and technology.
We have also arranged things so that almost no one understands science and technology.
This is a prescription for disaster.
We might get away with it for a while, but sooner or later this combustible mixture of ignorance and power is going to blow up in our faces.