am Gopal is a charismatic band of Underground musicians who will be characterized by a biting harshness in the tones, compositions and expressions of their music, while their atypical formation without drums, will use the tablas for its rhythms and the bass to follow Gopal’s syncopated textures.

The band sees the light around Sam Gopal, born in Malaysia and transplanted in the underground London of the 60s. The first line-up will never feature on their only record, but will be the protagonist of many concerts in the best London underground clubs.

Sam Gopal (tablas, percussions) will soon draw Mick Hutchinson (guitar), Pete Sears (bass, keyboard) and, later on, Andy Clark (organ, vocals) around him and the quartet will move among clubs like the Alexandra Palace, the UFO Club, The Electric Garden, The Roundhouse, the Happening 44, the Speakeasy Club and the London Olympia, playing in high ranking company like Pink Floyd, The Pretty Things, Savoy Brown, The Crazy World of Arthur Brown, Soft Machine, The Move, Traffic and Jimi Hendrix. 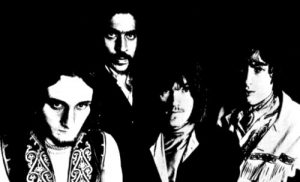 Their music will remain hard and captivating, with texts infused with urban desperation and acid trip nightmares, but they sound true and they remain true, being acclaimed as talented musicians and poets.

However, in 1968 they will already disband, with Clark and Hutchinson going their own way and producing that other acid masterpiece of hard underground rock named Retribution.

It is with them that he will record his masterpiece Escalator (1969). 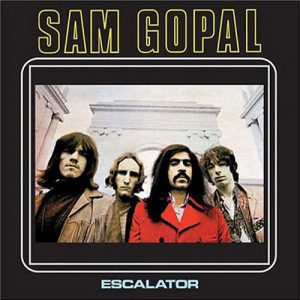 The album is a great effort and resounds of the psychedelic and underground atmospheres that we will find, later on, in many and probably more famous formations born on the soil of Albion.

The tracks are rough but have the shine of diamonds buried deep under the crust of dirt and desperation.

Unfortunately, soon after this album, the formation will disband again and Sam Gopal will not produce anything new until the 90s, when (aided by his former pianist Andy Clarke and other musicians) he will record several tracks that will be collected over almost eight years and will be released in 1999 under the name Father Mucker (1999). 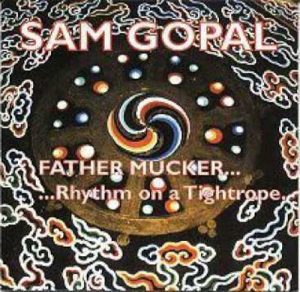 The album is a mix of progressive rock, blues and acoustic atmospheres and is considered a studio in the possibility to play blues with the tablas as sole rhythmic section.

Though during the 90s Gopal will produce and record (without releasing) enough materials to fill several records, his major accomplishment is still the wonderful Escalator, a resplendent example of psychedelia which will inject new ideas and fuel new dreams into the vast panorama of the British Underground music.