t’s 1966, and Chris Simmons forms the Savoy Brown Blues Band: a band playing real blues, despite the fact that they are all Good White British Males.

No doubts about that.

And if doubts might still exist, their successful tour with John Mayall will cancel any doubts for good.

Their first Shakin’ with Savoy Brown is clear enough and will demonstrate all the band’s big potential.

Their perfect Can’t Quit you Baby will be taken as example and will end up in the notorious Anthology of British Blues, and that is not a coincidence.

Their execution is impeccable and still without any superfluous academism.

Two more albums follow, where they show to everybody how blues must sound and feel: Getting to the Point and Blue Matter put them to a high level of musical performances.

A lesson to every blues-playing freak of that time.

While their first period is marked by a quasi-scholar approach to Blues, their will to break through in the US of A and the search of a more ample audience, will eventually lead the formation to play more vivacious rhythms.

The search culminates in their new …A Step Further.

Some critics (here again, the term “critic” is used in its worst and most literal meaning) mark the album as “A Step Backwards”. 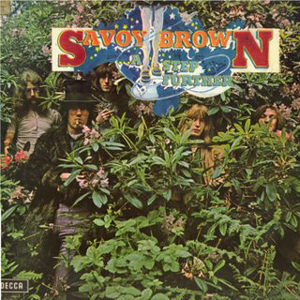 I think that absolutely nothing is less true.

The music is still compact, the metric is still typical of their own way to feel the music.

The simple 4/4 measure is maintained unaltered and precise, but its elaboration reaches unusually high levels of complexity and creativity.

Those gentlemen make you want to jump up and “shake your tail-feathers” within the first 4 bars.

After this great album, their music relaxes and is still valid, but lacks the original impact.

In 1972 several rearrangements of the formation will follow, then the new album Street Corner Talkin’ and a great tour with Chicken Shack will mark a new begin into Rock music exploration, while their performances are still spontaneously explosive – and half drowned in alcohol. 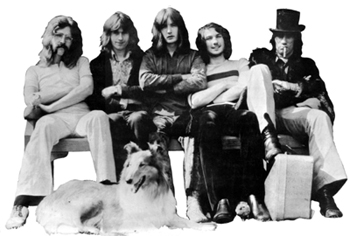 Unfortunately, the following products will be just remakes of that feeling and will not be able to convey the electrical shock of the band’s earlier performances.

Perhaps, only Boogie Brother is able to go back to the honest and dignified rock-blues of the early years, but this single alone is not enough to pump new vital fluids into the formation and Savoy Brown disappears into oblivion.