heir first album, the eponymous Skin Alley, is something which, in 1969 could barely go unnoticed.

A complex mixture of Rock, Folk and British White Jazz.

This was unusual music for that time, and still they did not shine until 1970, during their several live concert-happenings at the Factory in Leicester Square.

They can be defines as a group of poly-instrumentalists moving in a very lucid sequence among very different musical forms and still able to amalgamate everything in a precise and compact sound, brilliant and full of expression.

The first Skin Alley is a source of ideas, but doesn’t seem to be able to find a focal point, between the folk of Country Aire, the blues of Going down the highway and the complex musical forms of Night time.

The second From Paghan to Beyond is probably one of the least recognized albums of the 70s, but one where Skin Alley succeeds in amazing the listener with a complex and evolving musical flux, sometimes nervous and full of tension, with sudden flights of mood and rhythm. 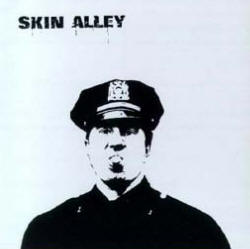 An album that we need to listen to over and over again before we can fully appreciate its wholeness.

It’s a music that will not call large audiences together. In fact, too few to keep it afloat.

This little jewel will be put out of catalogue after only five months.

Skin Alley doesn’t seem to care and will go on playing for anyone willing to listen and at any price it’s offered, wherever and whenever they can.

In this way they become the heroes of the freaks of every London courtyard, where the music is true and is not made for profit, but for fun and with the will to communicate a message.

Their next Two Quid Deal is a complete disaster. 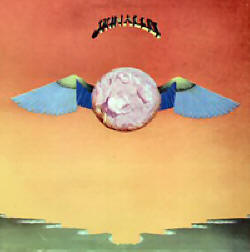 Between bad hard-rock and mealy songs, just one or two episodes stay at acceptable levels, like perhaps Graveyard Shuffle.

The rest is not even worth mentioning (I must admit that when I bought the LP and listened to it for the first time, I thought it had been made by another band bearing the same name by sheer accident).

What could have been a glorious history of protest rock, ended up in a terrible but fortunately last A final coat, with nothing more to say and an almost psychotic will to “make it”.

The software isn’t finished until the last user is dead.