hey move the first steps, mature their sound and then disappear, all in a very brief period.

Their cradle is the West Coast, but their music doesn’t bear any echo of highways along the ocean, deserts, orange trees and magical sunsets.

Their music is strange, magnetic and hypnotic, sometimes very entertaining, sometimes acid and with sharp edges.

If we didn’t know better, they would seem to be coming from the land of Albion.

They have been almost totally ignored, even in their own time, and there is no apparent reason for that. 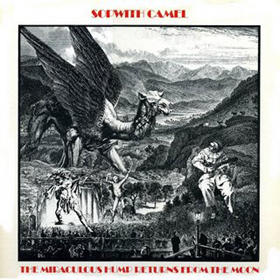 Nonetheless, two albums can be still traced, if you search long enough: Hello Hello and The miraculous Hump returns from the moon.

Both are not easy to penetrate, not because of some musical or communicative barrier, but just because of their unpredictable nature.

The melodies move freely from psychedelic to acid, from impish to protest and still, all this has a strange unity.

They could be placed – and forgotten – among the many original garage bands ‘ante litteram’.

The musical form is not uncommon to that of many other bands that received a larger interest from the public, but they seem to have incorporated so many different musical influences that they may have scared the audiences by proposing them too much variation, something of a contradiction, but it is true that they can hardly be categorized. 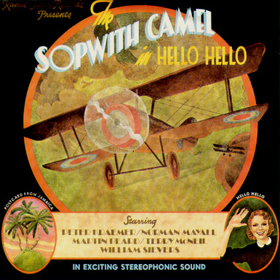 Listen to Fazon, echoing of sounds that remind us of the best Beach Boys, or to Cellophane Woman with its acid riffs echoing the best episodes of the Blues Magoos, or to Frantic Desolation reminiscent of some performances by Pretty Things, or perhaps to Maybe in a dream, an improbable mix of Iron Butterfly and Procol Harum or finally to Oriental Fantasy, which can bring to the mind images of an early Mahavishnu Orchestra or the experimental mix of jazz and ethnic music by Oregon, with a touch of Daevid Allen and Kevin Ayers here and there.

All these things together are testimonial of a greater creativity, which perhaps did not succeed into manifest itself organically and did not create an homogeneous sound that could be immediately recognizable, making them difficult to accept by the larger public.

It’s a pity, but that is exactly how it must have happened.