bout Steve Hackett, very much and very little can be said, at the same time, which can be considered quite an achievement.

Londoner from Pimlico, he started playing the guitar without a proper or formal musical education and by the age of 14 was already experimenting with chords progressions. By his 20th birthday he was already placing ads on Melody Maker in search of fellow musicians. His ad was answered by a certain Peter Gabriel, in search of a replacement for the just leaving Anthony Phillips.

Despite the scarce (if not non-existent) stage experience, Steve was, with his bespectacled, sitting and concentrated way of performing, the perfect counterpart for the histrionic Gabriel. 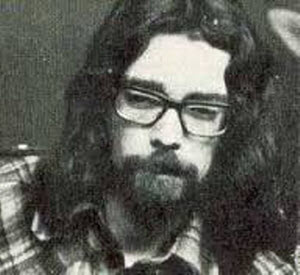 Genesis had found a match made in heaven…

It’s not possible to see Hackett’s career separately from his Genesis years. And in a certain way, Genesis sonority and complex harmonics were able to reach unexpected heights and refinement also thanks to Steve Hackett’s impeccable execution of the most intricate chords and arpeggios. For sure it was Hackett who encouraged the band to introduce the Mellotron, the instrument that will make so many Genesis compositions so unique and immediately recognizable.

One of his compositions, Horizons, on the classic guitar, will become one of Genesis’ signature tracks and will bring his persona fully on the foreground at each concert. 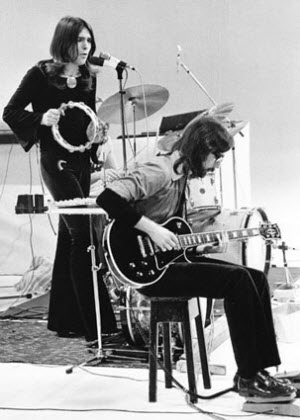 His fame rose together with that of Genesis and will culminate with Selling England by the Pound, with his famous solo parts in Firth of Fifth.

An accident that damaged a nerve and a tendon of his left hand, together with personal problems, made him fail to come to grips with the next The Lamb Lies down on Broadway, where his contribution will be superficial, almost uncertain. 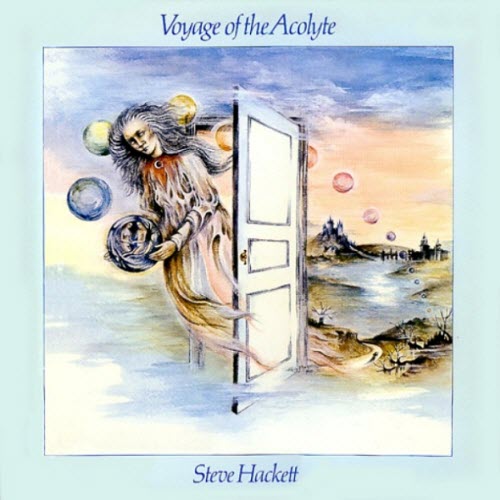 The atmospheres are typical those of Genesis, but with a certain increased fluidity, perhaps due to the absence of Gabriel’s iron leadership. It’s perhaps because of Voyage of the Acolyte that we can fully comprehend Hackett’s contribution to the creation of the typical Genesis sonority, instead of the other way round.

Even after Gabriel’s departure from Genesis, Steve Hackett rejoined the remaining formation at the time when their A trick of the tail (1976) went to the recording studio and remained with the new Genesis until their mediocre Wind & wuthering, only to finally leave in 1978, after the press release of the band’s latest Seconds Out album.

His first album after the Genesis era, Please don’t touch, was released in 1978 and just like the previous solo Voyage of the acolyte, it continues to move within the realms of the progressive rock, in one form or the other, but this time it also showcases vocal pieces, performed by several guest artists, like Richie Havens, Steve Walsh and Randy Crawford. Sole exception, the track Carry up the vicarage, where Hackett sings the solo, though the voice is post-processed using a “laughing gnome” (whatever that might be…). 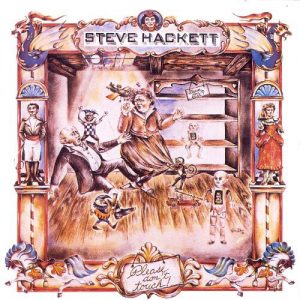 Two more albums will follow in 1979 and 1980: Spectral mornings and Defector. Both still somehow in the mainstream progressive rock, but really nothing to write home about.

From 1981 onward, Hackett’s production shifts first to more pop oriented contents (Cured – 1981), to finally land in what will be his preferred territory from now on: classical guitar music.

Nevertheless, he will go back every now and then to some more rock-based tracks, collected into albums that will be published interspersed among the more pure classical guitar ones. 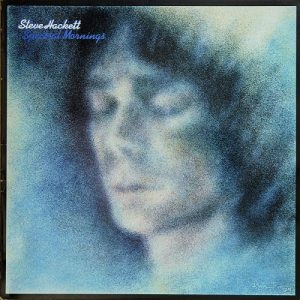 He will also form the Supergroup GTR (1986), together with Steve Howe (electric guitar, acoustic guitar, guitar synthesizer, vocals), Max Bacon (lead vocals), Phil Spalding (bass, vocals) and Jonathan Mover (drums, percussion). The experiment was commercially a success, but musically it did not succeed in its aim of creating a new musical niche where keyboards were not predominantly present (one of Howe’s greatest grudges against both Yes and Asia bands). Furthermore, legal and musical squabbles led to the group’s disbandment soon after their first and only album.

During the 90’s till the present days, Hackett’s solo career continued, releasing a profusion of electric, classical and acoustic based albums, all of which may be valid from some point of view but at the same time do not represent any added value to the evolution of the contemporary music scene.

Personally, I prefer to remember Hackett in his preferred pose, sitting with his long hair almost covering his face while weaving his captivating and textured solos with Genesis during the 70’s, a shy perhaps though monumental presence of the creative forces behind the way to perceive the guitar play in the rising progressive music.