he name Stoneground may easily be overlooked or obscured by those of the bands that hosted some of its members at some point or another, like Jefferson Airplane/Starship, Beau Brummels and Hot Tuna.

Nevertheless, Stoneground is a reality that should be visited and appreciated. 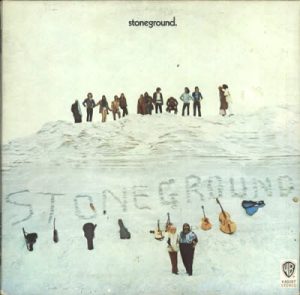 Due to Sal Valentino’s fame gathered during his Beau Brummels career and the huge  advertisement campaign that preceded it, Stoneground did not entirely live up to the expectations, but when looked at in a different perspective and a lot of years later, it still makes you smile and ask for more.

The tracks are fresh and alive, full of original scores and harmonies that echo of the Bay Area experience, the hippie movement, the gigantic musical caravans, Woodstock, spontaneous happenings and more. 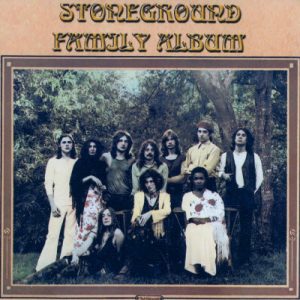 The album moves slightly away from the freshness of the first one and steps more into the exploration of other musical traditions, like blues, country and gospel and a touch of R&B. All considered not a bad product, but the mix of live, own covers and other artists’ tracks is not unitary and eventually doesn’t deliver.

They moved on to the next album, Stoneground 3, released in 1972. Musically speaking, the album sounds more unitary than the previous productions (and certainly the second album), but the band is approaching its creative limits and the wink of the selling figures distract them from really putting something fresh on the plate. The tracks have lost quite some of their pristine, freewheeling freshness and the album eventually doesn’t sell, nor convince the audiences.

Stoneground will actually disband and from now on, readjustments after reunions, after re-formations will follow and all of them will be a paler and futile incarnation of the previous.

Better to end it here and use the notes of their debut album to keep us company as we drive a beautiful convertible into a scarlet Californian sunset.

All the rest is superfluous.

All of the biggest technological inventions created by man – the airplane, the automobile, the computer – say little about his intelligence, but speak volumes about his laziness…