yd Barrett, born Roger Keith Barrett in 1956, is not a myth, though somehow bordering to a legend.

A lot (too much) has been said about him with or without rationale and too much has been written about his possible schizophrenia, dissociative amnesia and synesthesia.

Undoubtedly, something inside that great mind of his went awry at some point, either due to the LSD/Acid abuses in the 60’s or just because the illness had always been there and was just triggered by the acid trips. Who knows. It doesn’t actually matter.

No matter what, Barrett was a genial guitarist and composer who refused the role of rock/pop star and just went his way down the streams of his unbalanced mind. 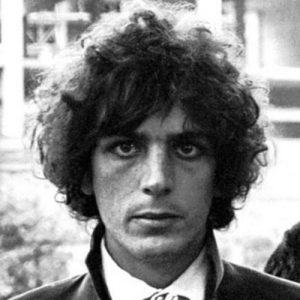 His musical career was relatively short, starting with Pink Floyd in their first recognized incarnation (many more had been short-lived and never gained popularity), but just as his genius started to lead the band into the most extreme corners of outer space, he just wasn’t able to keep hold of reality for too long, his behaviour becoming erratic both on stage and life itself.

This seclusion from reality estranged him from most of the people around him, whom will keep loving him and try to help him to go back to music, recognizing the genius and not willing to give up trying.

Only Pink Floyd’s guitaris David Gilmour seemed able to reach him, to enter his world, even so marginally, and convince him to try a solo album.

The madcap laughs (1970) will take more than a year to complete, with Barrett not showing up for sessions, or just starting to play something that had not been scripted yet. 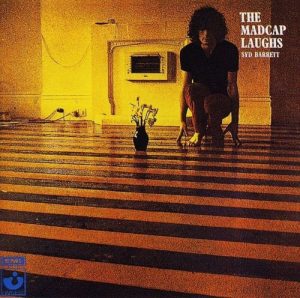 While the album never reached great popularity at the time, it was well received. Barrett himself said about it: “I liked what came out, only it was released far too long after it was done. I wanted it to be a whole thing that people would listen to all the way through with everything related and balanced, the tempos and moods offsetting each other, and I hope that’s what it sounds like”.

David Gilmour was also the only person in Barrett’s musical estranged world who could every now and then communicate with him, and it’s Gilmour who convinced Syd to embark into the adventure of recording a second album.

Sys appeared in rather good shape and the work proceeded much faster, though even less congruous than for his first solo work. He would not record with other people around, or he often appeared to have nothing written down to further elaborate.

The album Barrett (also released in 1970) would come about from things that Barrett would start and never finish, or fragments that his friends would work upon and then convince him to finish and to further elaborate the riffs, or by recording from a distance (another room) when he was improvising and then edit until a final product could be obtained. 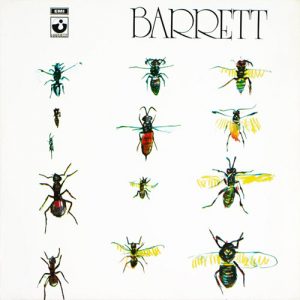 His third album will never see the light. Syd would never finish a song, or he would get out of the studio only minutes after entering it. His own state of mind will prevent him from being able to finish anything and it will be the last chapter in Barrett’s musical career (though there will be some further short interludes without tangible production).

He will retire more and more into his own universe made of gardening, art history and further isulation from music.

Every now and then, he could be seen entering the Label offices to cash in his royalties and especially David Gilmour, would make sure the money got to Syd.

In 2006, Syd Barrett succumbed to pancreatic cancer and left the scene forever. He was 60 years old. His legend lives on…