his trio has always been treated as a minor spark, lost in the bigger fire of the British rock-folk revival of the 70’s.

Their quasi-cultivated eccentricity of musical subjects contributed to place them even at the margins of that as well.

As they themselves describe it, their music is a kind of sweet and a little out of space pseudo-Elizabethan/Classical acoustic music sung with “British” accents to the contemporary music audience of the time. 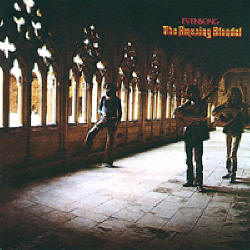 And still, John Gladwin, Terry Wilcott and Chris Blackwell were able to create a small niche where they were able to survive.

They are technically gifted musicians with somehow the same inclination towards the intense musical research, like we can find in Gryphon. They display an impressive arsenal of original ancient instruments (more than 40, mostly strings), which they master and use in all their musical escapades. Their intent is not only to make music, but also to show and introduce those instruments to the contemporary audiences, who probably had no idea that such instruments existed at all. 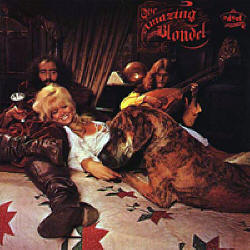 This trio’s name is reminiscent of a certain Blondel de Nesle, a French minstrel, born in an homonymous small town in Picardy.

Blondel de Nesle was a favorite of King Richard I of England and accompanied him during the Third Crusade.

When, on his way back, the King was captured by the Duke of Austria, Blondel wandered all around Germany in disguise, searching for his master.

At last he discovered that King Richard was a captive in the castle of Durnstein in Austria.

He was singing outside the castle and heard Richard’s voice answering from the dungeon.

The minstrel immediately returned to England, where he reported the King’s place of imprisonment.

A ransom was procured for the release of the King, who was eventually saved…

The band’s “little miracles” are not – strictly speaking – a part of the rock musical panorama but on the other hand The Amazing Blondel are also a product of their own time.

They belong also to that part of the “freak-generation” in search of something new while making efforts to revive their own ancient traditions.

Their most important albums, Amazing Blondel, England, Evensong and Fantasia Lindum, are a kaleidoscopic collection of original Elizabethan, Tudor, traditional and own compositions, all perfectly amalgamated together through impeccable executions and a good dose of flat-out jokes. 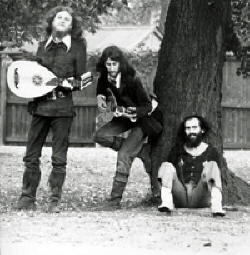 The atmosphere is sincere and relaxing, but the vague rock accents here and there are not enough to introduce this formation to the “big public” of their time.

They will stay in their niche, safe and sound, playing for their restricted but always interested and enthusiastic audiences until the day of today.

Technology is anything that wasn’t around when you were born.