otally and per definition atypical band, started as duo Peter Stampfel and Steve Weber, who started to perform together at the inset of the 60s in New York’s Lower East Side (also the grow patch of another crazed psychedelia king: David Peel). 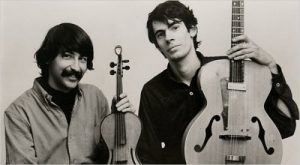 Terminally crazy and round-the-clock high, but pure to the marrow, their music is a blend of American folk (revival and not) and psychedelic influences.

Like David Peel, they gathered along the way dozens of different followers and collaborators, among which also people not directly related to the music scene, like actor and playwright Sam Shepard. 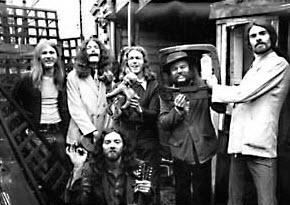 Also the band’s name was at first not defined, as Peter Stampfel himself recollects in an interview given to Jason Gross in 1996 for the webzine Perfect Sound Forever:

“We kept changing the name.
First it was the Total Quintessence Stomach Pumpers. Then the Temporal Worth High Steppers. Then The Motherfucker Creek Babyrapers. That was just a joke name. He (Steve Weber) was Rinky-Dink Steve the Tin Horn and I was Fast Lightning Cumquat. He was Teddy Boy Forever and I was Wild Blue Yonder.
It kept changing names. Then it was the Total Modal Rounders.
Then when we were stoned on pot and someone else, Steve Close maybe, said Holy Modal Rounders by mistake.
We kept putting out different names and wait until someone starts calling us that then.
When we got to Holy Modal Rounders, everyone decided by accumulation that we were the Holy Modal Rounders.
That’s the practical way to get named.”

The Holy Modal Rounders’ influences and participation to the American counter-culture are too many and too various to be named all, but a few should still be mentioned, like their appearance in Shepard’s play Forensic, or that their Bird Song (a remake of the classic You Done me Wrong by Ray Price, but them with completely re-written lyrics) was featured in Dennis Hopper’s movie Easy Rider. 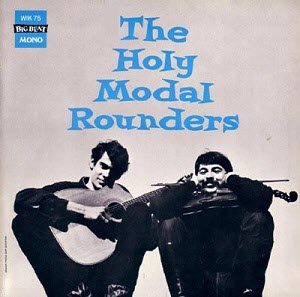 Their first eponymous album is released in 1964, contains for the most part subtly re-arranged traditionals, aiming at a revision of the traditional folk standards in order to transpose them into the modern matrices of contemporary music. It’s also in this album that the word psychedelic makes its first official appearance, in their arrangement of Hesitation Blues, though in there it is pronounced as “psycho-delic”. 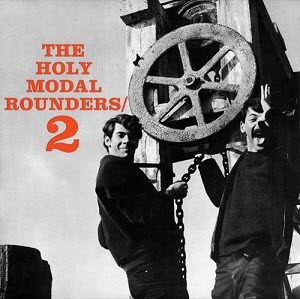 Their second Holy Modal Rounders 2 comes out in 1965 and contains more own and experimental work, alongside a number of traditionals. At the time, the tracks were divided (against Stampfel’s and Weber’s will) between the A-Side with traditionals and the more experimental tracks on the B-Side of the LP. 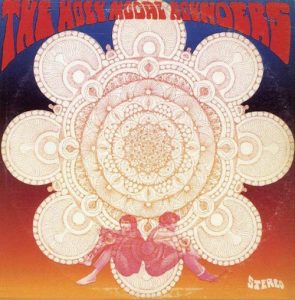 Immediately after their second album, they joined The Fugs and recorded with that formation four albums: The Village Fugs, Virgin Fugs, Fugs 4 and Rounders Score.

After the Fugs parenthesis, they went back and re-formed with Sam Shepard and Lee Crabtree, just in time to bring out what could be defined as their most iconic album: Indian War Whoop. The sounds are more raw, the arrangements stripped to the barest minimum and the whole album is permeated with raw country in its purest form, mealy silliness and unconditioned psychedelia. 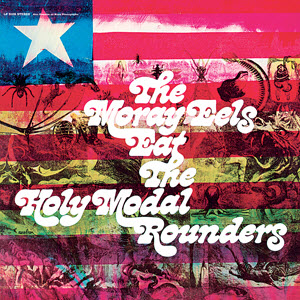 When in 1968 their fourth The Moray eels eat the Holy Modal Rounders comes out, it goes back somewhat to the more gentle and unbaffled country of the early days, but it does not convince anymore for the hundred percent. 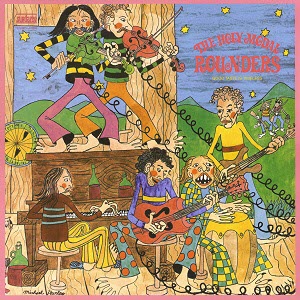 The next two albums, Good taste is timeless (1970) and Alleged in their own time (1971) are not from the same old band, having members left and others joined, even moving the band’s home from New York to Portland (Oregon), while Stampfel still went back and forth on recording occasions.

From this moment onward, the “pure” Holy Modal Rounders cease to exist. 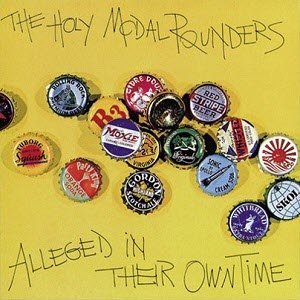 The band will survive (in name) and go on producing albums and holding a wide population of fans home and abroad, but it’s not the same ramshackle bunch of high-spirited freaks that we had come to love and appreciate for their “in your face” revolt against the American Establishment.

A good programmer is someone who always looks both ways before crossing a one-way street.