robably the most musically extreme exponents of the Canterbury movement.

As revolutionary as they are (we are talking about the late 60’s, when even The Beatles were still called “innovative”…), it’s not a surprise that their origin can be connected to Canterbury, itself one of the most innovative movement in the contemporary (rock) music.

Third Ear Band transcends all boundaries of rock and warps head-over-heels into the free harmonies of Indian, folk, jazz, ethnic (was the adjective ethnic already known in the music dictionary of the 60’s?), minimal and improvised music without thinking twice.

It just comes natural to them.

It must be said, however, that while their aim is to create an Universal music by “inventing” a new musical language, on the other hand they went so far in that direction that their (musical) message became almost an abstraction, which turned out to be understandable only to a very selected group of people, losing per definition the aimed character of universality. 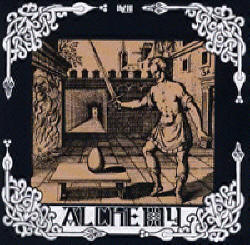 Nonetheless, their music is a splendid example of the research about the common roots of different human cultures and in particular about their musical manifestations, bringing the musicians to research the most ancient civilizations, including their myths and occultism.

We are not witnessing some simplistic use of Indian music just to make some extra money out of the pockets of the “hippie generation”.

They use a sophisticated and cultured method for mixing the metrics and phrases used by the contemporary minimal music with the reiterative, almost hypnotic Indian raga’s, together with a deep knowledge of the concepts of meditation and interior relaxation.

They make continuous statements by cross-referencing to the ancient Egypt’s philosophical conceptions of death and after-life, Hebrew and Celtic traditions together with Hinduism and African shamanism.

And the biggest wonder is that it all makes perfectly sense.

It’s not a surprise that their first album bears the name Alchemy.

Like the ancient alchemists, the musicians try to transcend the physical world to find in the elements of nature, the Quintessence, the Holy Grail, the Philosopher’s Stone, the essence of life itself.

Their alchemic-musical process expands its boundaries in their second, eponymous album Third Ear Band, where the four suites are named after the ancient four elements of the Greek philosophy, which also the alchemists will adopt as their base to explain the whole physical and spiritual world. 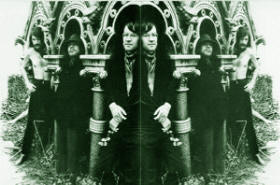 The atmospheres are ethereal, the improvisations even more daring and the complexity of the whole product reaches the heights of the most intricate raga’s or the most inscrutable dodecaphonic compositions.

Unfortunately, the final product grow more and more inaccessible to “common mortals like us”.

The band’s last product is the wonderful soundtrack for an experimental version of Shakespeare’s Macbeth by Roman Polansky. 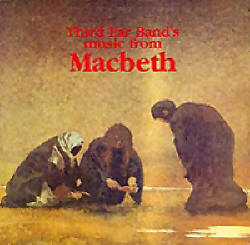 The music goes back to a more comprehensible level, but is – by necessity – too fragmented and looses therefore a significant part of its impact.

The band will disappear already in 1972.

Many years later, the degenerated grandchildren of the New Age, will “discover” Third Ear Band and the group will reform.

Several albums will be produced, most of them still impeccable and refined, but the innovation is not there anymore, the band has found a way to survive and make some money.

Nothing more, nothing less…