owards the end of the 60’s, the competition for the best “sound” between East and West Coasts saw a new challenge thrown into the ring. At the time, the West coast had the most famous and variegated musical scene and therefore the East Coast sought revenge.

Center of the new machination was Boston, the mastermind behind this new attempt of the East to surpass West was Alan Lorber, who started an incredible publicity campaign under the slogan: “A target city for the development of new artists from one geographical location” and the newly coined name was “Bosstown Sound”. 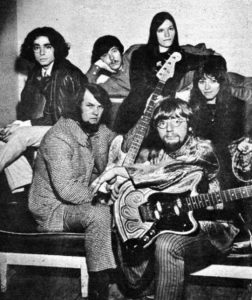 At the beginning, this seemed to be successful, but it very soon evolved into a disaster, as all these new bands were nothing but a copy of the San Francisco ones and the audience left them at once.

The only exception was going to be Ultimate Spinach.

The band (originally formed under the name of Underground Cinema) orbited around multi-instrumentalist Ian Bruce-Douglas (vocals, guitar, keyboard, harmonica and more), with Barbara Hudson (vocals), Keith Lahtenein (drums), Geoff Winthrop (guitar) and Richard Nese (bass guitar) and they will be the only Bosstown Sound band to ever meet the West Coast challenge and actually evolve into a great psychedelic rock formation. 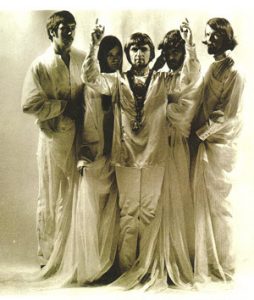 They would find their niche into the greater stream of spiritual revival that started as a good movement but ended in total creative sterility with dozens of bands all playing the same pieces all over, for masses of acid freaks who were by then walking on red carpets.

But Ultimate Spinach is different. The spiritual and anti-war drift is sincere and is not only a sign of the times that were changing, but also a drive that each of its musicians has and tries to live by in the everyday life. 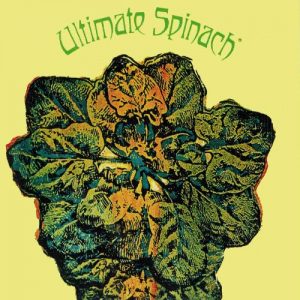 The first eponymous Ultimate Spinach (1968) is well conceived and arranged, though the record in its totality sounds sometimes slightly naive and lacks a cohesive unity.

After a decent and well-played tour, Lahtenein will leave the formation and another vocalist will be added: Priscilla DiDonato. It is in this period that their success on the West Coast seems to grow wider than it ever will be in the East. 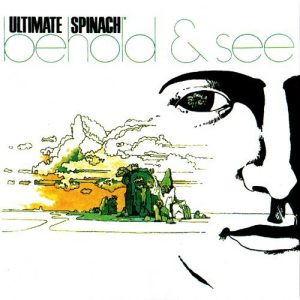 Before the year is over, they record their second album Behold & See (1968).

Just before the album is recorded, more changes are made in the formation, where Jeff Baxter (guitar) comes by and DiDonato is replaced by Caryl Lee Britt.

With Behold & See, Ultimate Spinach seems to reach a sudden maturity, with excellent examples like Mind Flowers and Gilded lamp of the Cosmos. The arrangements are more complex and certainly well executed. The cosmos is open and their minds are steadily moving towards the irreversible path of enlightenment. 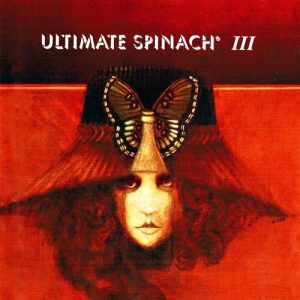 The public has turned against the Eastern copy of the West Coast Sound and the band itself seems to live through a deep values, mystic and creativity crisis. They will never recover their great creative force and disband soon after their third album.

The beautiful story of a great band is silenced.

Artificial Intelligence is no match for Natural Stupidity