an der Graaf Generator is a formation of (Progressive, or) Psychedelic Rock that appears to have reached the highest visibility and fame in Italy, though all its members came from the Land of Albion.

Their relatively wider success in Italy is probably the reason I heard quite a lot of their music, since I have spent most of my youth in that Country.

The band moved its first steps in the Manchester area, where Peter Hammill and Chris Judge Smith decided to start a band.

The initial lineup will change so many times, that Van der Graaf Generator will see at least half a dozen people come and go, even before their first studio album was ever recorded.

In mid-1969, Peter Hammill decided to start a project with some songs he and Judge Smith had created and to bring those out as a solo album, recruiting some musicians to accompany him. However, thanks to Judge Smith and some contractual technicalities with the label companies, the final product could be accredited to the Van der Graaf Generator band, under the name of The Aerosol Grey Machine. 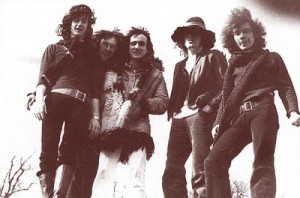 The Aerosol Grey Machine is not a bad debut album (I’ve seen much, much worse), but despite a few melodic tracks and a couple of hesitantly experimental and psychedelic ones, the honest and solid total product apparently failed to hit the mark with the public.

It’s a pity that Hammill’s vocal timbre failed to charm the listeners with its undeniable sophistication of accent and its flexibility in the higher registers. 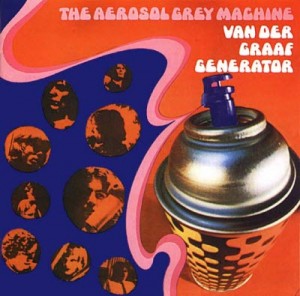 Tracks like Afterwards or Running Back are very captivating and are reminiscent of something that will be totally mastered and expanded by mega-stars like Pink Floyd or King Crimson, but still the band can put a particular mark on those tracks and make them their own in a way that will make their music highly recognizable, though perhaps not so equally appreciated.

In 1970 comes The least we can do is wave to each other out.  At a first glance, the album sounds more mature, but it again fails to entirely convince the public, though it will receive much better recensions than the previous one.

The tracks are less fragmented and Jackson’s saxophones take a more straightforward place, while Banton will build an impressive array of modifications into his Farfisa organ, which will positively reflect into tracks like Darkness and Refugees. While the album (and Van der Graaf Generator’s music in general) became more accepted outside the UK, the album made it at least to the 47th place into the charts, which is not a bad performance. 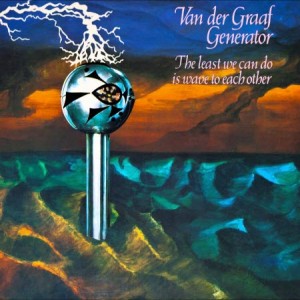 Their most important or maybe best known album will come out in 1970 as well: H to He, who am the only one. The album will gain quite a vast popularity in Italy, maybe also because it could boast the presence of His Supreme Guitarship Robert Fripp on the Killer and The Emperor in his war room tracks.

Killer and House with no doors will remain among the favorite tracks, played at almost every concert, though Lost is excellent in its kaleidoscopic metamorphosis around a single theme and rhythm which is some parts can even be reminiscent of Frank Zappa’s most famous counterpoints.

Potter left Vand der Graaf Generator soon after H to He, who am the only one came out, because he could not find himself in the more experimental direction the band was heading to and from that moment, the band will evolve into what by now is considered their ‘classic’ line-up: Hammill, Banton, Jackson and Evans. 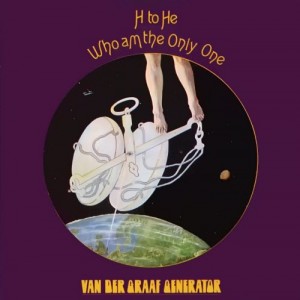 At this point, Van der Graaf Generator’s notoriety had started to rise, especially due to the gigs and tour organized by the Charisma label together with Genesis and Lindisfarne. People started to recognize tracks and artists, and that made a whole difference in the sale volumes.

This sudden increase in success moved the quartet to prepare for a heavier product and they all started working on what should have been a double-album. However, the label did not believe in the viability of such a product and expressed their veto.

It is because of this that Pawn Hearts came out as a single LP featuring only three tracks: Lemmings, which will become one of the most famous experimental tracks by this band, the melodic and intriguing Man Erg and the monumental A plague of lighthouse keepers track that will take the whole B-side. 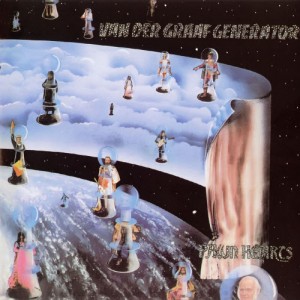 Also on this album, Robert Fripp will donate a cameo presence, though his contribution will be discreet and less evident than on the previous album.

Because of Pawn Hearts‘ success in Italy, Van der Graaf Generator embarked for a six-weeks tour in that Country. The Italian audience went so far that in some cities, Hammill & Co. were recognized by their fans in the streets… and three more Italian tours followed (and I can distinctly remember that at a certain point, some people were actually convinced that Van der Graaf Generator was an Italian band…).

A this point, despite the Italian success, the band became more and more aware of their insecure financial positions and while Hammill wanted to complete his solo projects, the lack of support from the Charisma label caused frequent difficulties and disagreements, so that in 1972, Van der Graaf Generator disbanded.

The separation among its members was so very amicable that Benton, Jackson and Evans all contributed to Hammill’s future solo albums at one point or another. 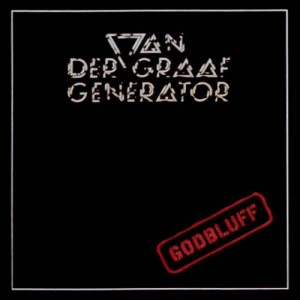 Eventually, in 1975 the quartet reformed and was so full of new ideas and will to play together that they recorded three albums in just over 12 months!

The first one, Godbluff, was very well accepted by the critics and specialized press, its sound very unified and more compact than Van der Graaf Generator had ever been thus far.

In Godbluff, Peter Hammill also started to play a Hohner clavinet and his vocals were more solid, while the band experimented more with electronics applied to instruments as well as voice.

With Godbluff, the band showed to have reached a certain musical unity that, without denying the original psychedelic matrix, had moved towards spaces that had typically been set up and plotted out by King Crimson and other experimenters. 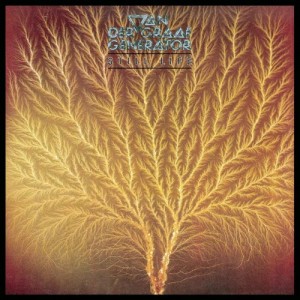 The next Still Life is a still valid album, but Van der Graaf Generator’s music tends more and more towards a showcase of Hammill’s vocal performances than a true band effort.

Nevertheless, tracks like La Rossa are still able to captivate the audience and are still fresh, though Hammill’s vocals are a bit too present in some passages, while the gentle My Room (Waiting for Wonderland) leaves ample space for Jackson to weave his dreamy textures.

The success of the newly reformed band was enough to grant a new extended tour in Italy, where they were still more famous than elsewhere.

Unfortunately, Italy was plagued by violent political struggles and terrorism from both left and right. Therefore, almost every concert ended up in violence, fires and even looting of their instruments.

Eventually, the band decided to terminate the tour and return back to the UK. 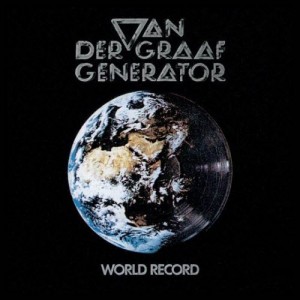 Once back, they recorded World Record, but immediately after it, Banton quit the quartet, soon to be followed by Jackson.

Once again a quartet, but with a completely different type of arsenal, they recorded the album The quiet Zone/The Pleasure Dome.

Maybe because of the completely new line-up or maybe the rather different direction the music was moving towards, it was brought out under the shortened name Van der Graaf (hence, without the “Generator”). 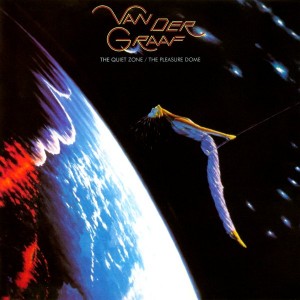 Like never before, the music made a complete 180 degrees turn as in this album. Here we can really feel that it is Hammill’s solo album and music, accompanied by some old Van der Graaf’s people.

Personally, I could do completely without this record…

At this point Van der Graaf Generator will split for a second time.

For me, this is the end of the story, though they later re-formed (2005). Needless to say, I don’t think anything really new or interesting came from them anyhow.

Better remember them as a band playing a typical mixture of psychedelic, progressive and experimental rock in the 70’s. That’s it.

… They should be better remembered and valued for that alone. Nothing more, nothing less.