elvett Fogg grows out of the fertile substrate created by the underground movement at the end of the 60’s and though it did not last long, they have tried (and, honestly, in part succeeded) to be the innovators of the Birmingham underground scene.

They formed in 1968 by Ernie Handy (vocals), Bob Hewitt (guitars), Graham Mullett (drums), Mick Pollard (bass), with Frank Wilson (keyboards, vocals) as the only outsider, being a Londoner. Eventually, Wilson will become the lead singer and leader of the formation. 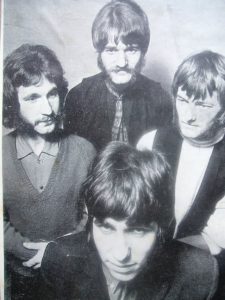 They started their career in a rather unconventional way, by touring the Army bases and clubs around Germany.

Once back on Albion soil, they were recruited by Pye Records for their debut album. Following the customs of the period, where the more unconventional the presentation, the greater the chance of success, they were invited to cultivate a controversial image, which culminated in their album cover, which came out in 1969.

The eponymous album, sees a mix of own compositions and a few of the band’s own favourites, re-arranged in more or less psychedelic versions. Unfortunately this album will be remembered more for the controversial cover (with two naked girls wearing strategically applied body-paint) than for the music. 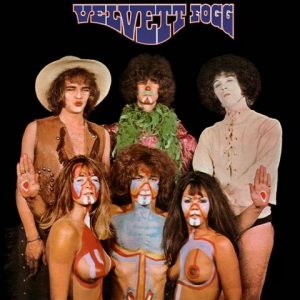 Velvett Fogg did not sell enough to meet the cost figures, despite some interest in the radio performances that were produced in the following months and the envisaged big promotion campaign remained such only on paper.

The label lost interest and without the financial backing, Velvett Fogg disbanded, never to be heard of. 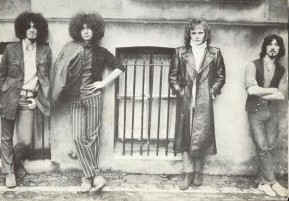 Great tracks, like Yellow cave woman, New York Mining Disaster, Lady Caroline and Owed to the dip, remain to testify their validity not only as arrangers and performers, but also as a courageous attempt to detach themselves from the mainstream of the underground scene by uniting a vigorous presence with a reiterative component that was very close to the completeness of Velvet Underground.

Maybe, had they been granted another chance, they may have reached a security to develop a more mature and personal sound.

We will never know…

Technology is just a tool. In terms of getting the kids working together and motivating them, the teacher is the most important.