allenstein was first born as Blitzkrieg, but the name was quickly abandoned first because there was already a British band with that name and mainly because the name did not seem really politically correct for a German band. 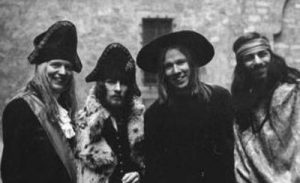 Some of its founding members had a classical music education background, like Jürgen Dollase, who was joined by an heterogeneous and international group of people: Wolfgang “Ginger” Steinicke (Germany), soon to be replaced by William (Bill) Joseph Barone (USA), Harald Grosskopf (Germany) and Ger (Jerry) Berkers (Netherlands).

Their music is better illustrated by listening to the lively and entertaining second album Mother Universe (1972). Their first eponymous album, though recorded earlier in 1971, was published at the same time of their second one. 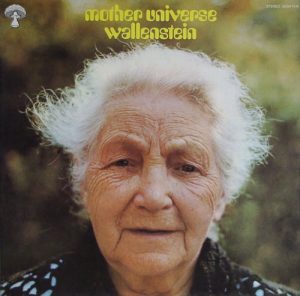 They play a fresh rock with clear classical matrices, though those are approached without leaving the cringing impression that they are used just for the effect and total lack of creativity, like it will be evidently the case for many Italian Progressive Rock formations (Banco del Mutuo Soccorso, Premiata Forneria Marconi, New Trolls, Le Orme).

Their precise and crisp harmonies, their linear and fresh execution will make them followed and loved in Germany, besides winning them a sparse, but faithful, crowd of fans also abroad.

It’s not a band that will have very much to say, or for an extremely long period of time, but if you want every now and then listen to something fresh and different, then Wallenstein is not a bad choice. No a bad one at all.