he postulate of insanity goes through the hands of Larry Fischer…”.

That is the first line in Lawrence Wayne “Wild Man” Fischer’s article by Mauro Radice in his “Enciclopedia Pop”. And he is not far from truth. 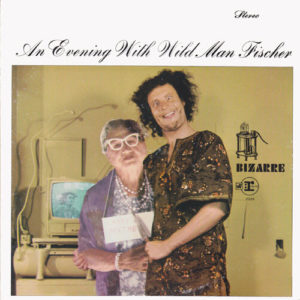 Larry Fischer, better known under his nickname Wild Man Fisher suffered since his childhood of mood swings and other mental disorders, paranoid schizophrenia and bipolar disorder among others, but he is and will ever be the Godfather of Outsiders’ Music.

He lived for sonme time with his mother, but then moved into the streets and lived there in between mental insitution hospitalizations. A difficult life? Perhaps, but he is probably one of the purest street artisis of a few decades, certainly between the end of the 60s and the 80s. 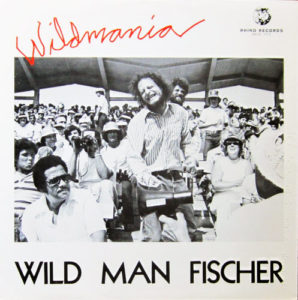 He would stand at streetcorners in Hollywood, offering “a new kind of song” for nickel and dimes to anyone who would not flee from his bewildered appearance.

Singing songs at the top of his voice was one of the ways he found to externalize an euphoric moment during the “up” moments of his illness and made it possible for him to cope with the surrounding reality.

While performing on the streets, he was noticed by Frank Zappa, who invited him to his studio and eventually recorded the double album An evening with Wild Man Fischer (1968).

The album deals with all kind of topics thatr were important to Larry, such as his mother, mental hospitals, fame, circles, and how he could move faster than a cat could see him. 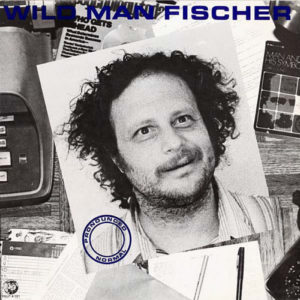 When the album failed to bring him the fame he was expecting, he quarreled with Zappa and would remain suspicious of him during the rest of his life.

He was in and out mental hospitals for the next years, living on the streets, by now his usual stage and center of gravity.

A new period of popularity set in when he recorded the single “Go to Rhino Records”. Rhino Records was at the time a shabby little alternative record shop in Los Angeles, but the popularity of that single became so high that the record shop had to transform into a record-producing company.

Between 1977 and 1983, he will record three albums for Rhino Records: Wildmania (1977), Pronounced normal (1983) and Nothing scary (1983). Eventually, in 1988, a judge awarded Larry Fischer full royalties for his “Merry-go-round” song that appeared on the album he recorded for Zappa’s label, though the lawyer representing Larry had no idea how to contact him and give him the good news. 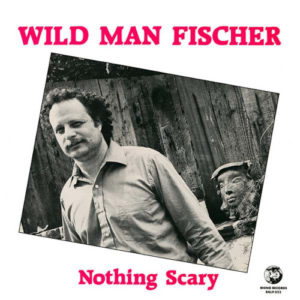 Wild Man Fischer performed whenever he could until the beginning of the 2000s, when he had to be hospitalized for longer and longer periods, where medications helped him to control his behaviour, but at the same time extinguished his singing drive.

He spent his last years in relative peace, though sadly uneventful, until his death in 2011, age 66.

A wonderful madman who stood up and sung “Why I am normal”.

It is only when they go wrong that machines remind you how powerful they are.