ctually, a kind of parallel story as Genesis, more or less.
You love them or you hate them.

The term symphonic rock seems also in this case to have been created with the sole scope to describe their music, and whether or not you like them, it must be said that they are probably among the most technically gifted musicians of a few decades.

Like Genesis, in their ranks we find a couple of names who will be remembered as true rock/pop legends, like Steve Howe, Rick Wakeman and Jon Anderson.

Yes has had a variety of different formations, with members almost interchanging their tours between Yes and King Crimson.

Some members went away, were replaced and then, after a year or two, they came back and replaced their own replacements.

Almost each of them had in the meantime started a solo career, which in only one case (Wakeman) was incredibly more prolific (and profitable!) than with Yes themselves…

Following their formation changes is pretty much of a chaos, really, so why bother?

One more thing I’ll not bother with, is following them through the whole career, which actually (unfortunately?) is still ongoing…

However, nowadays there are no Yes, that’s a bunch of “grumpy old men” – Wakeman himself participated to the homonymous program for BBC – trying to keep their expensive cars fueled and their luxurious homes paid.

All the rest is pretty awful and should be covered with the veil of piety.

To be accurate, it must be said that they started in 1969 with some singles and a couple of LP’s which never enjoyed a great popularity – even later on – among the die-hard Yes fans.

However, in 1971 The Yes Album came onto the scene. 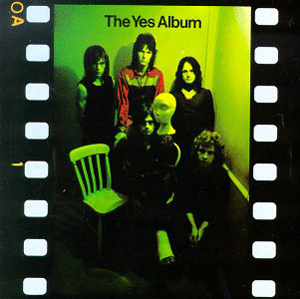 The formula was intelligent and quite enjoyable.

The upbeat, sweeping Starship Troopers, the mantra-like metrics of All good people, the country interlude of The Clap… It was all interesting and fresh – especially where the incredible and high-pitched vocal virtuosity of Jon Anderson is concerned – full of very well orchestrated instrumental riffs, together with a solid bass and rhythmic underground.

They soon got into the charts and were in the top-40 of that year.

Soon after, (and in just one year!) both Fragile and Close to the edge see the light. 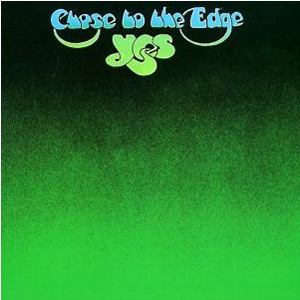 This will be actually the very top of what, musically speaking, Yes will ever produce.

The tracks on these two albums are the ones which every single die-hard fan, knows by heart.

And they are actually really good.

Yes can be accused – in the years to come – of having invented the formula of technically complex harmonies repeated in almost endless variations in order to give the impression of a new product, but in the case of the most part of their 70’s production, it is really, honestly and sincerely their way to explore the indeed almost endless technical capacities of each of them.

The problems will come later, when their technique will be something accomplished, recognized and idolized, totally deprived of the genuine fun of making people stand up, dance and jump all over the place, incapable of stopping. 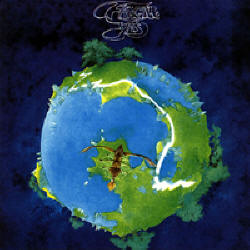 It will all become a well-oiled money-making machinery.

Their music is actually so complex that it is by definition doomed to loose its spontaneity and freshness, and it’s very easy to become lazy when you are such a good instrumentalist that you can make every note in a riff sound completely new while actually playing just the same.

Fragile was a very good example of the evolution Yes was going through. The album is full of stylistic enhancements, perfect orchestrations and quite a good deal of creativity.

By then, Rick Wakeman had joined the band and his input will be – in these begin years – a good driving force, just like it will be – later on – the cause of the group’s collapse in both creativity and credibility.

In the next Close to the edge we find a clear vision of the band’s search for a more symphonic asset, with just three tracks filling up the whole LP and it must be said that it is still a very enjoyable music, full of interlacing melodies and harmonies, all tightly tied up together by the impressive performances by Jon Anderson and Steve Howe.

One of their best collections will be the triple (!) LP Yessongs. 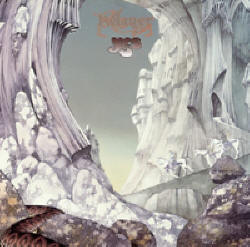 In here, many of the tracks will benefit from the time expansion and the electrifying atmosphere of the live performance, including a spontaneity and harmonic exploration of almost all tracks, with Steve Howe really excelling in one of his best performances ever, as a true rock guitarist.

In this occasion Rick Wakeman will combine his classical background, theatrical histrionics and powerful technique in a perfect blend of delicacy and impact without ruining it all (as he usually will, in the years to come).

The next two products are really the sign of the end. 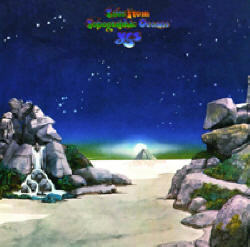 Tales from topographic oceans is a rather pompous, self-indulgent attempt to boost some ancient Indian or Aztec mood into a by now fossilized symphonic-rock suite matrix.

Sadly, nothing new under the sun.

The last spasm of life (well kind of), can be heard in Relayer. 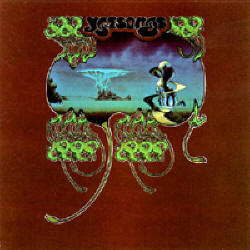 Relayer is not much better than Tales from topographic oceans, and if it wasn’t for the hardness of the rock matrix and the fact that Wakeman’s pomposity and primadonna performance have been replaced by the more subdued but very valid tones by Patrick Moraz, the whole album would not be worth listening to at all.

The rhythms are fast, but the technicalities exceed by far the creativity.

An album that can give the listener a short energy boost, but which doesn’t say much anymore.

What will come next, is just for people who have no idea at all of the meaning of the words ‘musical creativity’.

Yes will live forever, actually not because of their musical heritage, but because they will be always associated with the wonderful graphics of Roger Dean, one of the most incredibly gifted designer and architect, whose drawings have contributed not in a little way to Yes’ popularity.

Musically speaking, better not to deepen ourselves into the sequel of this band’s sad history after 1974.

As far as I’m concerned, Yes died of a massive coronary attack due to overweight and self-contempt in the year 1974.

Everybody gets so much information all day long that they lose their common sense.